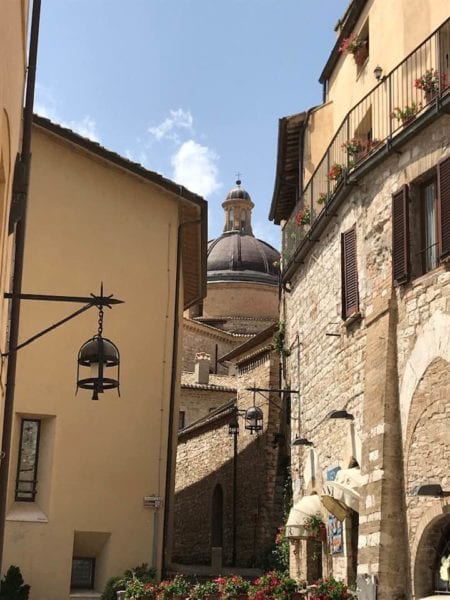 As the wheel of the year turns to the spring equinox in the northern hemisphere (and autumn equinox in the southern hemisphere) I invite you to deepen your relationship to the sacred rhythms of nature and the cosmos with its blossoming, fruitfulness, release, and rest. To become fully present to these moments of turning is to give ourselves over to Kairos time rather than chronos time.

To help us understand this further, I want to share with you another excerpt from my new book Sacred Time: Embracing an Intentional Way of Life.

The Greek myths may help us understand this dual relationship we have to time. In the ancient story the Greek god Chronos was cursed, saying that he would one day be overthrown by one of his children. As a result each time a child of his was born, he would devour them to not allow the curse to take place. He was also depicted with a scythe and is known as the god of agriculture. Later he became associated with time and its devouring and destructive aspects. Chronos became the name for the kind of time which makes us keenly aware of its passing, always moving us inevitably toward our own ends.

“When the Lilliputians first saw Gulliver’s watch, that ‘wonderful kind of engine . . . a globe, half silver and half of some transparent metal [glass!],’ they told themselves it had to be his god. After all, ‘he very seldom did anything without consulting it: he called it his oracle, and said it pointed out the time for every action of his life.’”

We have clocks everywhere now. On our computer screens and phones, in our cars and on our microwaves. They hover above at airports and train stations, urging us to rush to keep up with the schedule. As the sociologist Juliet Schor points out in an article in Yes magazine, we “work too much, eat too quickly, socialize too little, drive and sit in traffic for too many hours, don’t get enough sleep, and feel harried too much of the time.”

Meanwhile, there is another kind of time. The Greeks also had a word for the more life-giving aspects of time. Kairos is known as the god of opportunity and is depicted with wings. Time may be the destroyer of things, but it is also the medium through which creativity happens. Time can be life-giving when we view it from an alternate perspective, from that of touching eternity.

Author Jay Griffiths writes, in A Sideways Look at Time, that Chronos “gives his name to absolute time, linear, chronological and quantifiable. But the Greeks had another, far more slippery colorful, god of time, Kairos. Kairos was the god of timing, of opportunity, of chance and mischance, of different aspects of time, the auspicious and not-so-auspicious. Time qualitative.” When we eat and sleep because we are hungry and tired, that is Kairos time, if we do so because the clock tells us it is the time to do so, that is Chronos time.

Kairos is the time we experience on retreat, when the pressures of the world recede and there is just this moment now beckoning for attention. We are in Kairos time when we are with a loved one, immersed in laughter and meaningful conversation, and we lose track of what time it is. Or when we are in the flow of creating and we forget to even look at our watches or phones for a spell.

How do we open ourselves to Kairos more often? How do we pause on the horizontal progression of time and touch the vertical moments of eternity? I believe part of the answer is opening ourselves to a connection to cyclical and spiral understandings of time as we have in nature. Much of monastic practice and tradition is rooted in this understanding and relationship.

Several years ago I went away for retreat by myself for a week.  I rented a cottage on Saltspring Island, which is one of the Gulf Islands in British Columbia.  I had been on many retreats before but they were usually a guided program at a retreat center with a facilitator and schedule to follow.

I was feeling a deeper call to solitude and found myself in this place by the sea long enough to really sink into my own internal rhythms.  I started listening more deeply to myself in those quiet days.  I began to experience this profound freedom to attend to my body’s needs as they arose – for food, for rest, for movement, for stillness.

What I discovered in those days away was that my spirituality thrives when I can allow it to be organic – when I create enough space to respond to what the day offers.  I am someone who loves to plan and make lists, and yet what is most life-giving for me in the overall arc of my life is to listen deeply to what my life is calling me toward and shape my life in response.

There is a beautiful rhythm of rise and fall found in every breath we take, in the rising and setting of the sun each day, in the balance between work and Sabbath time each week, in the waxing and waning of the moon each month, the flowering and releasing of the earth through her seasons, the seasons of our lifetimes, and then larger rhythms of ancestral and cosmic time.

In the Celtic tradition, time is depicted as a wheel, as in many other indigenous traditions, always turning and moving through the cycles of seasons. These seasons reflect inner movements as well where we are invited into ritual to mark the new moments. Rituals immerse us in liminal space and time, which is time outside of time. We touch the eternal moment. Ritual creates a holy pause and connects us to the very rhythm of the world that sustains us, reminding us of the slow unfolding and ripening of things. Ritual, whether religious or otherwise, connect us to a deep source, a well of refreshment.

We don’t have to go anywhere in particular to experience sacred time. We don’t have to give up our lives in the world and run off to a monastery to be immersed in the holiness of time’s unfolding. Really what we are invited to is a shift in perspective. Think of those optical illusions where you look at a drawing and see one thing, but when you shift your gaze, you see something else entirely.

To immerse yourself in experiencing time in a new way with a community of kindred spirits, please join us for our 8-week companion retreat to my book Sacred Time starting on April 5th.

(That same week I am also starting another 4-session program with the Rowe Center on Celtic spirituality and creativity, this time through the lens of the four elements).

PS – You can read a reflection on the spring equinox in our archives here and on the autumn equinox here.

PPS – A poem of mine appears in the online journal Vita Poetica (there is also an audio recording there available so you can hear me recite it.)