We are thrilled and delighted to be releasing a brand new compilation of songs, curated from some wonderful musicians we know and love. These are songs for Celtic seekers as they are inspired by the tradition of pilgrimage in Ireland and accompany Christine’s newest book which will be released in September 2018 from Ave Maria Press – The Soul’s Slow Ripening: 12 Celtic Practices for Seekers of the Sacred. For six weeks we will be featuring the musicians from this album who so generously agreed to share their beautiful music with our community for this project.

Next up is Margaret McLarty who wrote”Brigid’s Birds” for the Abbey. Read her whole reflection below and to hear a clip of the song go to the album page at CDBaby here>> 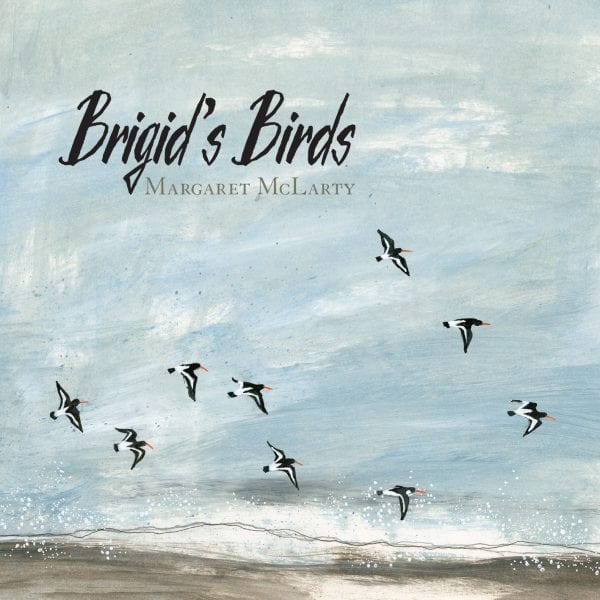 Brigid of Kildare was on the run along the Irish coastline. In pursuit were men who wanted her dead and as she rounded the headland she saw she had reached the end of her luck. There was nowhere to go, nowhere to hide. But she was a holy woman, and every action she took was built on trust in her God. So she prayed. And as she knelt on the beach the little birds that had been darting along the coastline, marking her way, started to pick up seaweed and twigs in their beaks and as they flitted over her, dropped them. So she lay down on the beach and when her pursuers arrived they saw only sand, seaweed, pebbles, the mighty ocean and the oystercatchers Brigid would bless; and who would be known even now in Gaelic as gille-brìghde, the ‘servants of Saint Bride’, Brigid’s Birds.

When I left the Scottish island of Iona at the end of two years living and working there, the stocky black and white bird with the red lipstick beak started showing up everywhere. Out of the window of the bus. In the field next a school. On the beach I took my lonely winter walks. I knew they had been there all along, but when I started to notice them they became a totem, a mark that I was not alone or forgotten, I hadn’t dropped out of my story.

On the island the lives of saints and the ancient monks and nuns can seem so close, looking out towards the horizon on a windswept, deserted beach in the middle of winter. I can imagine how long I would have to hide, to get in a boat and scarper once I saw the longship on the horizon, knowing the rumours of the kind of men who arrived in these boats. The story of the monks who again and again met their murderers on this very spot with open arms takes on a new reality and I wonder again and again, ‘was it worth it?’. And as the gorse blooms yellow in the turn of the season I wonder at how those Norsemen came looking for treasure and yet the joy of the gold in these fields is worth more than anything they would have found in the Abbey.

In another song on my album, ‘Elephant Tears’, there is a line, “if you can’t tell a story, you can still say a prayer.” I wrote ‘Brigid’s Birds’ in the years after Iona, when I moved to Glasgow and an unknown horizon. It is a story-prayer. Writing it was lying down in trust when the doubts, fear and anger were pursuing me. I heard the servants of St Bride cry their piercing call, the white crosses on their back darting through a landscape that has held and carried so many stories and knew mine is one of them. 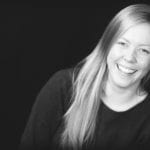 Margaret McLarty is a Scottish singer-songwriter and multi-instrumentalist. Her debut album “Brigid’s Birds” was released in 2017 with the support of a Kickstarter crowdfunding project in 2017. A collection of songs that draw inspiration from a landscape of people and places, it has been called “a tiny feathery masterpiece”, “full of warmth and feeling”, the songs “wistful and poignant”. She is based in Midlothian, Scotland and is an event leader for the children’s charity Fischy Music.

You can also listen on spotify, amazon music and apple music.