I am delighted to share another beautiful submission for the Monk in the World guest post series from the community. Read on for Barb Morris’ reflection on the Monk Manifesto and New Cosmology. 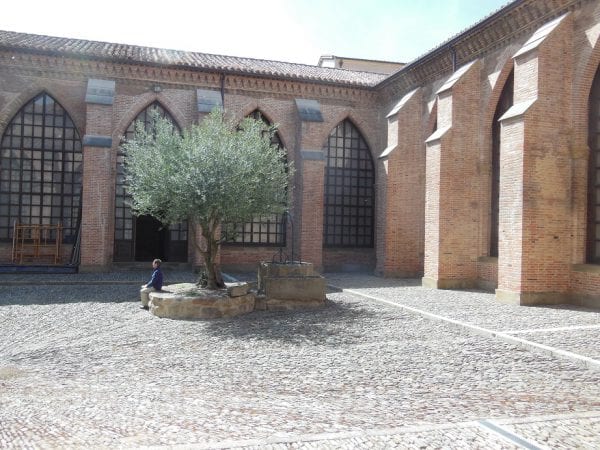 “Someday we’ll live in a convent.”

A dear friend and I have a plan. “One of these days,” we say, “we’re going to have a convent.” We’ve felt this desire since we met more than 30 years ago, when our husbands were Episcopal Divinity School classmates. The timing isn’t clear. Do we wait until we’re clergy widows? That seems just a touch dependent and maybe a little morbid. But if our husbands are still alive, what do we do with them? (They plaintively wonder this as well.) Clearly the details are a little hazy. In the meantime, we find joy in imagining our convent’s amenities – a brook babbling through the interior spaces, a well-stocked library, and a garden with chickens and goats and a greenhouse, so far. We think a llama or two would be awesome. And private rooms for all the sisters.

My friend and I aren’t completely serious, yet the appeal of monastic life is real for us and for many people, including, I suspect, most of you reading this post. How do we understand and explain our call to an ancient form of devoted and disciplined life in this day and age? It’s been almost 1500 years since Benedict wrote his Rule, and our understanding of the cosmos is radically different than it was in Benedict’s day. So isn’t monasticism rather anachronistic, quaint in its adherence to rules and hierarchy, a vestige of a radically different time?

I think not. The Abbey of the Arts is one example of a contemporary phenomenon – New Monasticism – a movement which reimagines medieval structures and strictures for today’s realities. I believe that living as a monk, in the world or out of it, is encoded in our DNA. Each commitment of our Monk Manifesto correlates to a tenet of the “New Cosmology,” the physics of the Big Bang as currently understood. (I owe much of the following material to the late Judy Cannato’s books Radical Amazement and Field of Compassion.) Understanding how science validates my monkish desires calms my fearful mind and keeps it from whispering, “No one wants to be a monk anymore. You’re deluded and crazy.”

If you’ve signed the Monk Manifesto on this website, you’ve made eight commitments. Far from being anachronistic and quaint, each commitment is a practical way to live faithfully in the modern world described by physicists and cosmologists. Here are just a few of the connections I see.

My Monk Manifesto commitments to silence, solitude, and Sabbath are practical ways to live out my connection to all Creation. Because everything that exists is composed of material and energy from the Big Bang 13.7 billion years ago, we’re connected at the deepest level. Everything. All creationkind. Rocks, water, birds, stars, us — we’re all connected. I strengthen my awareness of deep connection through regular silence and solitude, and I acknowledge my intrinsic value when I take Sabbath rest. I don’t have to prove my worth through being always busy. After all, I’m made of the same stuff as stars!

My commitment to cultivating “awareness of my kinship with creation” is similarly grounded in knowing my radical connection to all that is. If I take too much, or give too little, Creation suffers. We humans are unique in our consciousness of our connection and the consequences of living unfaithfully. We now know that, truly, no one is an island.

My Monk Manifesto commitment to radical hospitality, extended both within and without, is echoed in Creation’s reliance on black holes, dark matter, and dark energy. Only 5% of the universe is ordinary matter – matter we can see or feel or measure. Creation is almost completely composed of darkness. Every galaxy has a black hole at its center, and without dark energy the Universe would spiral itself into oblivion. So, too, with us. Our shadows and darkness are a necessary part of who we are.

My commitments to community and to intentional work are grounded in the New Cosmology concept of “holons,” which insists that everything is both a whole and a part. Atoms make up molecules, which compose cells, which form tissues, that coalesce into organs and systems and bodies. Individuals aggregate to form flocks and forests and families while continuing to maintain separate identities composed of smaller entities. Wholes depend on parts, and parts depend on wholes. Everything is necessary. Relationship is fundamental. Individual integrity and action are, paradoxically, both crucial and unsustainable.

My Monk Manifesto commitments to ongoing conversion and the cultivation of creative joy are rooted in the ideas that the Cosmos is continually creating itself, and humans are the Universe become conscious. We each have a part to play in this continuing creation. My call and vocation is to be the best “me” I can be. Taking my place as a whole/part in this new creation requires consciously letting go of what is no longer needed, dying to my small self over and over, and willingness to become a part of something previously unimagined.

So choosing to be a monk in the world is the opposite of crazy. On the contrary, choosing to live as a monk in the world is a radically sane way to embody the realities of the New Cosmology. Taking my Monk Manifesto commitments seriously, incarnating them as one unique individual living in community, is how I take my part in God’s ongoing creation of our world. This is how the Kingdom comes, one monk and one community at a time. “ 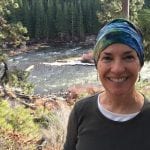 Barb Morris is an artist, writer, and retreat facilitator living in Bend, Oregon with her Episcopal priest husband. More of her blogging, writing, and art are at livingviriditas.org