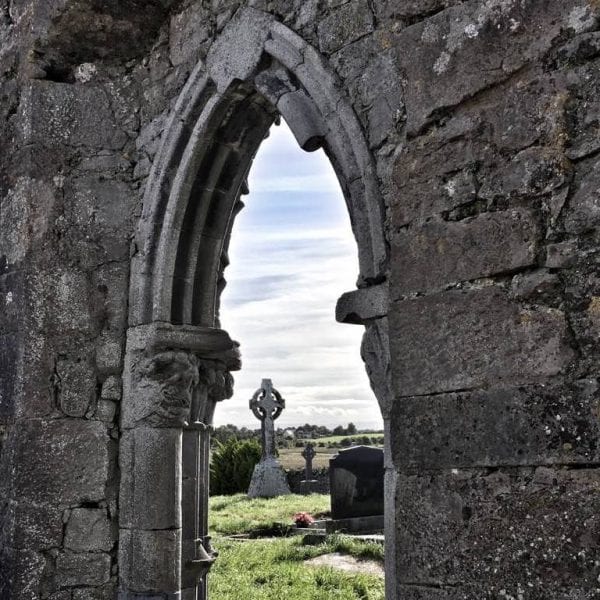 This has been a challenging week for many of us across the globe. If anything these events remind us even more of how essential this path of the monk is in a world that favors division, hatred, constant noise, and an endless, manic rushing. This community of fellow monks gives me great hope. These practices offer us a steady place in this midst of chaotic times.

Our clocks and calendars were created as tools to serve us, but the roles have reversed and now we serve them in their perpetual drive forward. They measure time horizontally, in a linear way, always ticking off the missed moments. For some, the calculations are literal with productivity expectations rising, and the need to produce more and more widgets in the same amount of time growing. Our schedules are so packed full of appointments and commitments that there is no time to lose ourselves in dreaming, wandering, playing, in the eternal now.

It is only when we move more slowly and with intention that we can touch the vertical modes of experiencing time. The seasons offer us a portal into another experience of time and offer ways to begin practicing this alternate way of being.

Seasons like winter call for hibernation, rest, moving into darkness and mystery. Instead we are bombarded with an ubiquitous call to shop endlessly, to socialize as much as possible, lights are strung everywhere to stave off the night. This now begins as early as late summer, and at least by Halloween.

I have lived in different cultures and perspectives on time, from my childhood upbringing in the heart of midtown Manhattan, with its endless rush and bustle, to eventually moving to California in my twenties, and Seattle in my thirties. Each move represented a gradual slowing down, as each culture offered a different approach to the madness of modern life. Now in my forties, I am settling into life in Galway, a city on the west coast of Ireland, where “Irish time” is very distant from my urban upbringing. I love the slowness of life here and the less exacting schedules. The whole attitude toward life is much more relaxed.

I also love nature and the wisdom I discover there. Forests and oceans call me by name. I feel most alive in these places. My practice of yoga introduced me to the wonders of the breath. The monastic tradition of praying the Hours plunged me into a heightened appreciation of the texture of each day’s unfolding. A dear friend in Seattle who was a rabbi, introduced me to the incredible gift that is the Sabbath. As I grow older, I have grown in my appreciation of the moon and her cycles through the sky. And when my mother died in 2003, I learned to love the whole circle of seasons, as I moved through my own release and grief, and only slowly back toward blossoming and fruit again. The night sky teaches me about a more expansive time. I fell in love with the possibilities of winter and darkness as time for dreaming and imagining, for not rushing anymore, but allowing deep rest.

The Greek myths may help us understand this dual relationship we have to time. In the ancient story the Greek god Chronos was cursed, saying that he would one day be overthrown by one of his children. As a result each time a child of his was born, he would devour them to not allow the curse to take place. He was also depicted with a scythe and is known as the god of agriculture. Later he became associated with time and its destructive aspects. Chronos became the name for the kind of time which makes us keenly aware of its passing, always moving us inevitably  toward our own ends.

The Greeks also had a word for the more life-giving aspects of time. Kairos is known as the god of opportunity and is depicted with wings. Time may be the destroyer of things, but it is also the medium through which creativity happens. Time can be life-giving when we view it from an alternate perspective, from that of touching eternity.

How do we open ourselves to Kairos more often? How do we pause on the horizontal progression of time and touch the vertical moments of eternity? I believe part of the answer is opening ourselves to a connection to cyclical and spiral understandings of time as we have in nature. Much of monastic practice and tradition is rooted in this understanding and relationship.

Join us for an exploration of Sacred Time in community during the holy seasons of Advent and Christmas. Make an intentional pause this year and reframe your relationship to time from one of scarcity to one where you touch the eternal.

We also have two programs in the New Year, a community online retreat on Spiraling Inward: Seven Celtic Spiritual Practices, as well as a brand new small group spiritual direction journey guided by Christine and the Celtic story of the Selkie or sealwoman. Both start January 9th.

For more reflections from me, I wrote a reflection on lectio divina as a life practice for the website Monasteries of the Heart this week. You can read the article here>>.