I am delighted to share another beautiful submission for the Monk in the World guest post series from the community. Read on for Alexander Gilchrist’s wisdom about finding contemplative moments on the commuter train:

As much as we complain about the service, the trains generally run on time. That means the express train to New York’s Grand Central Terminal is going to be pulling into my station around 6:21 a.m. and pulling out at 6:23 a.m. – whether I’m on it or not. That dependability has sometimes forced me to sprint through the parking lot like a 50-plus year old schoolboy in order to make the train. On those mornings, it almost takes until the next stop to catch my breath between cars (it’s a long parking lot), and then find a seat. It’s worth the effort however, because the next train is a local and it gets into the city 40 minutes later than the express. A 40 minute extension of a two-hour commute used to make me pretty ornery.

What has this to do with being a Monk in the World? Pretty much everything. You see, I’m a recovering Type-A personality. My false self’s need to continuously prove my worth drove me to try to achieve a lot and achieve it quickly. For a variety of reasons, as I reached adulthood, I had a drive to demonstrate my value; to show that I could do something well, and that I was worthy of respect. Over the years, that need for respect almost got me fired, almost ruined my marriage and estranged me from my wife and three sons for a very painful period of time. Something had to give.

My current pastor, an emissary of God, introduced me to contemplative faith and another friend introduced me to The Abbey of the Arts. Though I read voraciously about contemplative living, the practice was and is difficult for my ego and me. But the Monk in the World course was a long soaking rain in the parched summer of my soul. I return to its teachings and reflections quite frequently, as my brittle edges need reconditioning. The Monk Manifesto has been like a handbook, and in this particular season of my life, the first (silence and stillness), second (hospitality) and seventh (conversion) principles are especially helpful to me. 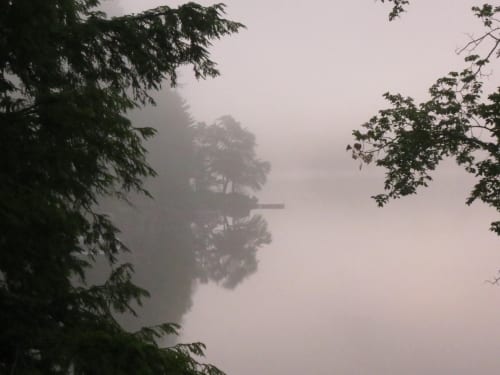 The early morning is critical. I claim it as my own. The early hours are when I find silence and solitude, when I make space for another voice to be heard. My two-hour commute to the city required long ago that I embrace the morning, and it has set my body-clock to that rhythm. Now I look forward to that time even on weekends and vacations. The wee, pre-dawn hours invite me into liminal moments, that beautiful blending of time and space where Man and The World are quiet, and the sacred breaks in and roams unfettered. I am my candlelit self then, known to God as I have always been, deep down. The Day is also itself, unaffected yet by events or activities. In the morning, I am able to center myself without the bias and baggage of my ego, and my grace receptors are unfurled for the day. In the morning, I am reminded that life on the surface is, by definition, shallow – easily affected by external ripples.

The Manifesto names Hospitality as a guiding principle, and as that sank in a part of me was touched by a new light. As the youngest of eight, and an eyewitness to the events on the morning of 9/11, I am especially moved by those who are or who feel unwelcome. I was often excluded from my siblings’ games and activities when I was growing up because I wasn’t big enough or old enough. More recently, I recall all too vividly the story of the New York City cabdriver who, in the wake of 9/11, was pulled from his cab and beaten to death because he had dark skin and was wearing a turban. Unfortunately, some of that still exists in the world. As the day is awakening, thoughts are clearest. Good sleep has a way of sweeping away the residual effects of the previous day’s judgments and battles. Yet unjaded by the world or my false self, I sit in the mornings with an expansive flow of outward and inward hospitality in my heart. Being able to draw from that flow, as I enter into one of the most densely populated places on the planet, converts the experience from being obligatory to being a practice of faith. 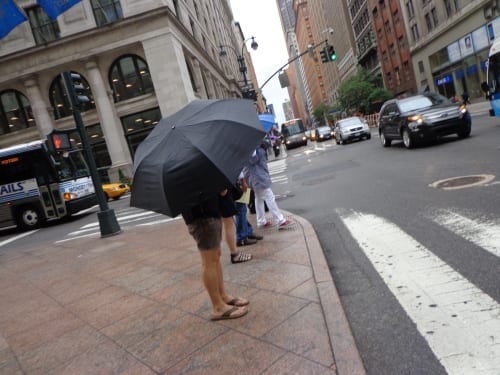 Each person on the street is just like me; she carries a weight or at least a story that I do not yet appreciate. Through my desire to be hospitable, I am reminded that curiosity and perception can replace speed and efficiency. My former yardsticks for rationality and success become less meaningful.

I mentioned at the outset that missing my normal train used to make me pretty ornery. I look back with inward hospitality at how long it took me to realize missing the train was actually MY fault. There was a long stretch of my adulthood during which I did not see well (much less acknowledge publicly) my own failings, and I struggled with how to treat anger. I still slip down that slope occasionally, but those whom I love report that my ongoing conversions are gaining some traction. The phrase “reformed, and always reforming” now seems less boast and more plea. The humility of ongoing conversion is probably the most liberating concept that this aspiring Monk in the World has stapled to his heart. I am already loved, warts and all, and that has allowed me to dance even if someone is watching. 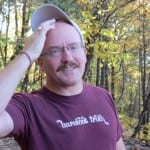 Alexander Gilchrist is an avid birdwatcher, and an amateur photographer who hikes, paddles and spends as much time as possible in the woods with his wife and three sons. An aspiring Monk in the World, he is an economist by training who lives in New York state and works in New York City.