I am delighted to bring you another fabulous monk in the world guest post in our series. I first discovered Edward Sellner’s work several years ago through his wonderful book  Finding the Monk Within: Great Monastic Values for Today (which I recommend often as a great grounding in monasticism) and I am currently reading Wisdom of the Celtic Saints. I find much kinship with his love of the monk’s path, Thomas Merton, and the gifts of a Jungian approach.

Read on for Ed’s wisdom about becoming a monk in the world: 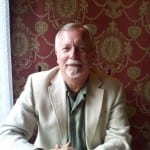 The first book I ever wrote was entitled Mentoring: The Ministry of Spiritual Kinship.  In it, I describe the origin and some of the history of mentoring in Christian traditions, as well as the various roles it can take in a person’s life.  One specific type of mentoring I referred to as “long distance,” applying it to those mentors whom we perhaps have never met in person but who have become guides for us through their writings or their personal example.  The Trappist monk and writer Thomas Merton (1915-1968) was and continues to be such a mentor for me, perhaps the most significant one in my life.  Although I never met him, he has been a constant companion since I first read his autobiography, The Seven Storey Mountain, as a teenager.  Because of him, I decided, as a young adult, to pursue a doctorate in theology and spirituality at the University of Notre Dame. It was there, through the help of certain mentors, that I began to study Jungian psychology which eventually helped me understand better medieval hagiographies or stories of the saints, that are so filled with symbolic images and symbols.  It was there too that I began to pay closer attention to my own dreams and the wisdom they were offering me.  In one of a series of dreams I encountered Thomas Merton who in this dream acted as a guide.  We seemed to be standing on a hillock, overlooking two stone buildings below us, one of which seemed deserted, with an empty interior and shattered glass, while the other, connected to similar structures nearby, formed a circle, looking firm and solidly built. Pointing to the uninhabited one, Merton said in my dream, “This is the church which didn’t adapt,” and then, pointing to the other, “this is the one open to the life of the Spirit. “ It was about the time of these dreams that I had Merton’s saying framed and placed on my desk: “If I can unite in myself the thought and devotion of Eastern and Western Christendom, the Greek and Latin Fathers, the Russian with the Spanish mystics, I can prepare in myself the reunion of divided Christians.  From that secret and unspoken unity in myself can eventually come a visible and manifest unity of all Christians.” In other words, if Christian unity was to be achieved, if we were to be united as in a circle, it would have to start with me.

After graduation from Notre Dame in 1981, I was happy to be hired by the College of St. Catherine in St. Paul, Minnesota, (now Saint Catherine University), to teach pastoral theology, Christian spirituality, and Jungian psychology (as it applied to spiritual direction). This was also the time, early in my academic career, when I began to pursue research and writing in Celtic spirituality, an area of interest of mine not only because of my Irish ancestry, but also because Merton had introduced me to that particular rich ecclesial and spiritual heritage years before in his books.  One fall term, on a leave-of-absence from my teaching, I had the opportunity to research and write at the St. Theosevia Centre of Christian Spirituality in Oxford, England, with the help of Donald Allchin, an Anglican friend of Merton’s who encouraged me to continue my work in Celtic spirituality.  Upon my return to Minnesota, when my book, Wisdom of the Celtic Saints, was published, I dedicated it to “Thomas Merton, my guide.” (The title of my work, of course, had been inspired by his Wisdom of the Desert.) I continued to read Merton’s extensive works and incorporate them into my classes and my own writings.  He was the inspiration for one of my most recent books, Finding the Monk Within, written not only for those living in monasteries or convents, but for the increasing number of lay people interested in a form of monasticism for themselves, often as lay oblates, associates, consociates, or partners of established monastic communities. (In a recent pilgrimage to China, I discovered at various Hindu, Taoist, Shinto, and Buddhist temples, the same phenomenon of lay people in Asia interested in aligning themselves with certain monasteries.) 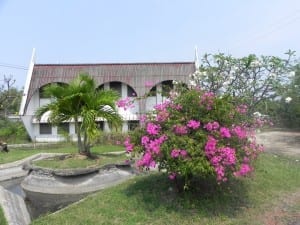 This is where my attention has now turned over the past decade: after immersing myself in primarily Western Christian theology and spirituality for so long, I am now studying, as Merton did, the spiritual traditions of the East.  Inspired by his example, I have traveled to China, Japan, Myanmar (Burma), and Thailand, seeking to learn first-hand from Asian monks about their spirituality and prayer life.  In 2014, I have plans to visit Laos, Cambodia, Vietnam, and Thailand (once more). On my last trip to Thailand in February, 2013, I was able to find the cottage where Merton died almost forty-five years ago, outside of Bangkok, and to pray there in thanksgiving for all that he has given to me.  I am presently writing a new book on how Zen Buddhism changed the theology and spirituality of two Roman Catholics from the 1960s: Jack Kerouac and, yes, Thomas Merton himself.  At this point in my life, I am grateful to be able to spend so many hours now with Thomas Merton, as I reread his books and turn to all those I never had a chance to read in my busy academic and family life.

Yes, Merton has been my companion on my life’s journey as a monk in the world; a spiritual mentor, my soul friend.  I hope my story might encourage you, the reader, to search for and find (if you have not done so already) spiritual mentors who inspire you.  For me, I can only agree with what Donald Allchin, my mentor from Oxford, said about Merton, his friend: “of all the aspects of Merton’s work, his gift of crossing the frontiers between great world religions is perhaps the most significant for the future of humankind.”

Ed Sellner is professor of theology and spirituality at Saint Catherine University, St. Paul, Minnesota, and a spiritual writer. His most recent books are Finding the Monk Within: Great Monastic Values for Today (Paulist Press, 2008), and The Double: Male Eros, Friendships, and Mentoring-From Gilgamesh To Kerouac (Lethe Press, 2013).