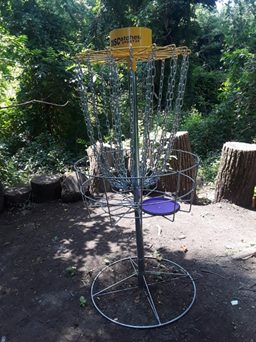 I am delighted to share another beautiful submission to our Monk in the World guest post series from the community. Read on for Robert Walk’s reflection “Do Dancing Monks Retire?”

One of our monk manifesto principles is that of silence. Silence is an attribute I come by naturally. Silence as in quiet, particularly in a group, be it in family gatherings or otherwise. However, being quiet or silent as a personality trait does not equate to the practice of silence that defines part of our “monkdom” qualities, although it may contribute to its development.

For fifty-three years I have participated in professional ministry both as a local pastor in the American Baptist tradition and as a Chaplain in an interfaith setting. While silence and the ability to listen with my mouth shut and my mind focused are vital in pastoral care there are obvious times when talking is a must, as in preaching, teaching, and pastoral care. However, the practice of silence is a vital prerequisite and an on-going lifestyle from which personal well-being and pastoral ministry have their most creative and beneficial foundation.

Recently I retired from my work and role as a pastor/chaplain after twenty years in the same facility and now becoming a full-time resident in the same facility. The appreciation lunch and congratulatory cards are fading into a collection of grateful memories. Now what do I do? Who am I now that the pastoral role is no longer a major source of identity? The thunderous silence of retirement has an invitation all its own. What will your calling be now, Bob, asked my brother-in-law. Along with that question come other questions. What will I do with my time? How much of my identity was wrapped up with my job as a chaplain/pastor? Will I drive my wife nuts?

Being retired for only a few months the answers to some of these questions are beginning to resolve slowly. Several realities are coming to light. Directly across the street from where we live is a nine-hole disc golf course. Until six months ago I had never even heard of disc golf, the sport that is similar to ball golf except it is played with a disc that resembles a frisbee. I have been playing this game “religiously,” as in almost every day, since I became aware of it. My almost lifelong engagement with religious ritual and liturgy is transitioning as I enjoy the opportunity in retirement to not be responsible for preparing and leading services and groups.

Having lived, worked, and experienced the words and practices of the Christian faith for a lifetime I find that in the early months of retirement I have entered a season of retreat from the outward features of my faith tradition. Part of this retreat, or should I say sabbatical, has to do with the reality of giving a wide space to the new Chaplain and the residents as they develop rapor and he carves out his unique style of pastoral care and ministry. Equally as important, and actually more important, is for me to retreat into the silence of my inner sanctuary where the encounter with the Great Spirit enables a renewal of my faith and spirit as I begin to put the finishing touches on my life and faith as I near the home stretch of this earthly journey. In part this is a time to let go of some of the outward features and practices of my faith tradition to ground myself more deeply in that inner encounter with the holy.

So, almost on a daily basis, golf discs in hand, I literally cross the street from where I live and play the nine holes of disc golf, usually by myself but occasionally with a fellow resident. The flight of the frisbee-like golf disc is usually one of silence and soaring beauty as it wings its way through the air until it touches down on the earth beneath it. However, as is the case for me and many a disc golf player, if the path of the disc is hindered by a tree or hanging branch there is the smack of the disc colliding with the tree and throwing the disc off course. Life and faith have impediments that challenge us in our journey. The disc has become a tool in my development of a new spiritual practice, and I purposely call this a spiritual practice because it combines walking, throwing, moving in on a goal, and contemplating silently with nature – the birds, the bees, the trees, the air, the grass, and exercise with an occasional expletive condemning my off course throw.

So, do dancing monks retire? Do I as a dancing monk retire from the disciplines and practices of our calling? The landscape of my being a monk has changed. For the present I’ve retreated from attending weekly church gatherings, except for the occasional participation in a streamed service from Washington National Cathedral or daily prayer from Durham Cathedral. The landscape has changed, I am no longer responsible for leading daily or weekly services. Personal sabbath is now an everyday occurrence, which it should always be anyway, and the old man and his disk keep walking and throwing the disk as it sails into the wind of the Great Spirit that blows where it will. Dancing monks do not retire but use the fertile ground of retirement to be refreshed and to contribute to the continued emergence of the Beloved Community. As my disc golf shirt says: “May the course be with you.”

Robert Walk is an American Baptist clergy person in retirement with his wife, Kathleen and their two cats Jack and Jill. He lives in Simpson House Retirement Community in Philadelphia, Pennsylvania where he recently retired after twenty-one years of serving as the Chaplain there.