Monk in the World: Creative Joy 2 ~ Scripture Reflection by John Valters Paintner, Your Online Prior 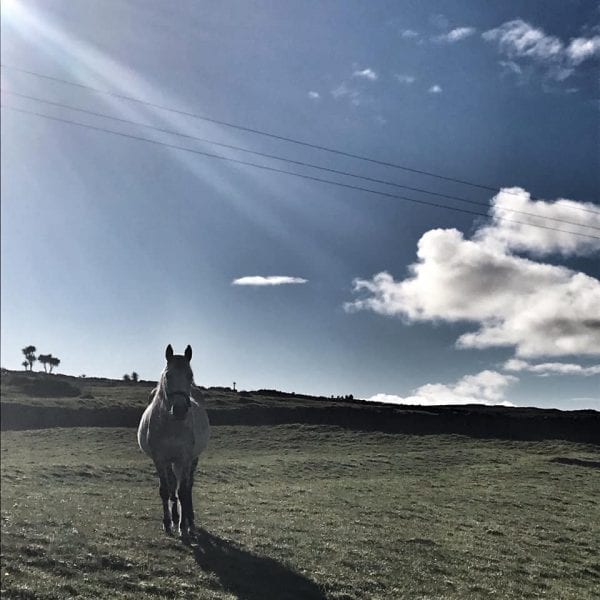 During this Jubilee year of sabbatical we are revisiting our Monk Manifesto by moving slowly through the Monk in the World retreat materials together every Sunday. This is our eighth and final principle that we will explore for the next six weeks.

Principle 8. I commit to being a dancing monk, cultivating creative joy and letting my body and “heart overflow with the inexpressible delights of love.” *quote is from the Prologue of the Rule of Benedict

David Brings the Ark to Jerusalem

David again gathered all the chosen people of Israel, thirty thousand. David and all the people with him set out and went from Baale-judah, to bring up from there the ark of God, which is called by the name of the Lord of hosts who is enthroned on the cherubim. They carried the ark of God on a new cart, and brought it out of the house of Abinadab, which was on the hill. Uzzah and Ahio, the sons of Abinadab, were driving the new cart with the ark of God; and Ahio went in front of the ark. David and all the house of Israel were dancing before the Lord with all their might, with songs and lyres and harps and tambourines and castanets and cymbals.

At first, Saul was a good king. (He certainly looked the part.) However, when King Saul fell short of following the Covenant and God’s instructions, he fell short of establishing a united kingdom for the Israelites. Saul even turned on his own son-in-law and greatest champion, David.

When Saul died, David was officially anointed and succeeded where his late father-in-law could not. David was faithful (or at least more so than Saul was) to the Covenant. King David was able to unify the twelve tribes and defeat their enemies. King David forged a new nation and established the capital in Jerusalem.

To commemorate this significant event in their history, King David brings the Ark of the Covenant to Jerusalem in a very public parade. He calls on the people to witness this great event. And in a moment that hearkens back to Miriam singing and dancing for joy at the people’s liberation from slavery, David leads the people in a dance for joy through the streets of their new capital.

Christine and I are both professional theologians. We hold three advanced degrees between the two of us. We are able to make our living offering our gifts through Abby of the Arts, where we teach on and guide others through the intersection of spirituality and the arts. But we also have outside, artistic interests.

Christine writes poetry and is working on a memoir. I write and produce one-act plays and short films. These activities are both an extension of our work using art (particularly writing) as a spiritual practice and a relaxing break from said work.

I tend not to write on spiritual or religious themes in my plays or films. The last time I tried it, I felt that it came across as “too preachy.” Maybe I’m just too close to the subject or feel too strongly about it to write a script about it and hand it off to someone else to direct/act out in a way that I didn’t intend. They say, write what you know. But I tend to write a lot about criminal activity. Some of my favourite recurring characters I’ve written are a female serial killer and two low-level mob henchmen. I’m shocked by how much I care about these fictional characters I’ve created, as they aren’t very nice people (to put it mildly). But it brings me a lot of joy, even if none of it ever gets published.

And I think that last part is why I find the creative process so stress-relieving. I know many people tense up at the thought of making art. But since I’m not dependent either financially or emotionally on it being “a success,” I can simply enjoy the process of creative expression.

I also enjoy the collaborative process of the scripts I write. I’ve never been paid for anything I’ve written. But I’ve been able to work with other amateur artists to bring my stories to life on a stage or on screen. Being a script writer is a bit like being a surrogate parent. After all the hard work and labor, you pass off your creation to others to raise as their own. It’s a scary process, as one can never be sure what they well make of what you’ve made. But it also allows me to witness my own work as if I were an audience member seeing it for the first time.