and the Abbey Wisdom Council

Contemplative rhythms are essential here at Abbey of the Arts, both in terms of what we teach as well as what we practice. Each week we try to take a Sabbath day as a time to celebrate the lavish gift of rest. Each summer we take a month of sabbatical time to refresh and renew our bodies and spirits.

We both long for a longer time of sabbatical. If we still worked in a university or church setting this might be built in to the financial support, but since we are entirely self-supporting taking this needed time to step back and listen for the deeper call demands more planning and outside financial support.

About a year ago we realized that since we were coming up on our 50th birthdays in 2020 that we might take the opportunity to live into the biblical practice of Jubilee. Because the Jubilee is the 50th year we realized that when we turn 49 is the start of our Jubilee year and this happens for us in June 2019 when we will begin a year of sabbatical. (Christine and John's birthdays are a day apart – June 23 and June 24 – same year of birth.)

Jubilee is a time of sabbatical but also a time to let the land lie fallow, for the forgiveness of debt, and for freedom for everyone in the land. It is a time for us to lie fallow for a while, and pay attention to the ways we have enslaved ourselves through busyness and productivity. It is an invitation into deeper listening and allowing new visions to emerge.

Mostly we want time to be at home in Galway and to rest and write. Writing is our first love for both of us and often gets squeezed between everything else we do. To have open and uninterrupted time to write will be a tremendous gift. We do have some travel planned, a pilgrimage together to begin and end our year, and some ancestral travel which has been so core to Christine's spiritual practice for many years.

We have been saving money for this time. Taking a year off demands a lot of courage, to risk our financial well-being and trust that the Spirit and our community will help us to meet our needs. Because we would like to keep our website going and the daily and weekly email newsletters, there are a lot of administrative expenses we are seeking support from you for covering.

With this in mind we have created a yearlong online program. The content from the program will come from the writing projects we are both working on, so won't be added work during our sabbatical, but a chance for us to share with you what we are focusing our attention on.

For Christine, this means writing poetry and completing her book on Sacred Time. For John, he will be sharing some stories featuring Hildy, our mascot monk-ey, that illumine life here in Galway. We are also grateful to our wonderful Wisdom Council, as each member will be offering a mini-retreat to be featured each New Moon to invite you into seasonal wisdom.

We hope you'll consider supporting us in this way. There are different funding levels, as well as both monthly and one-time commitments.

We are excited to see what new visions for the Abbey emerge in this time! 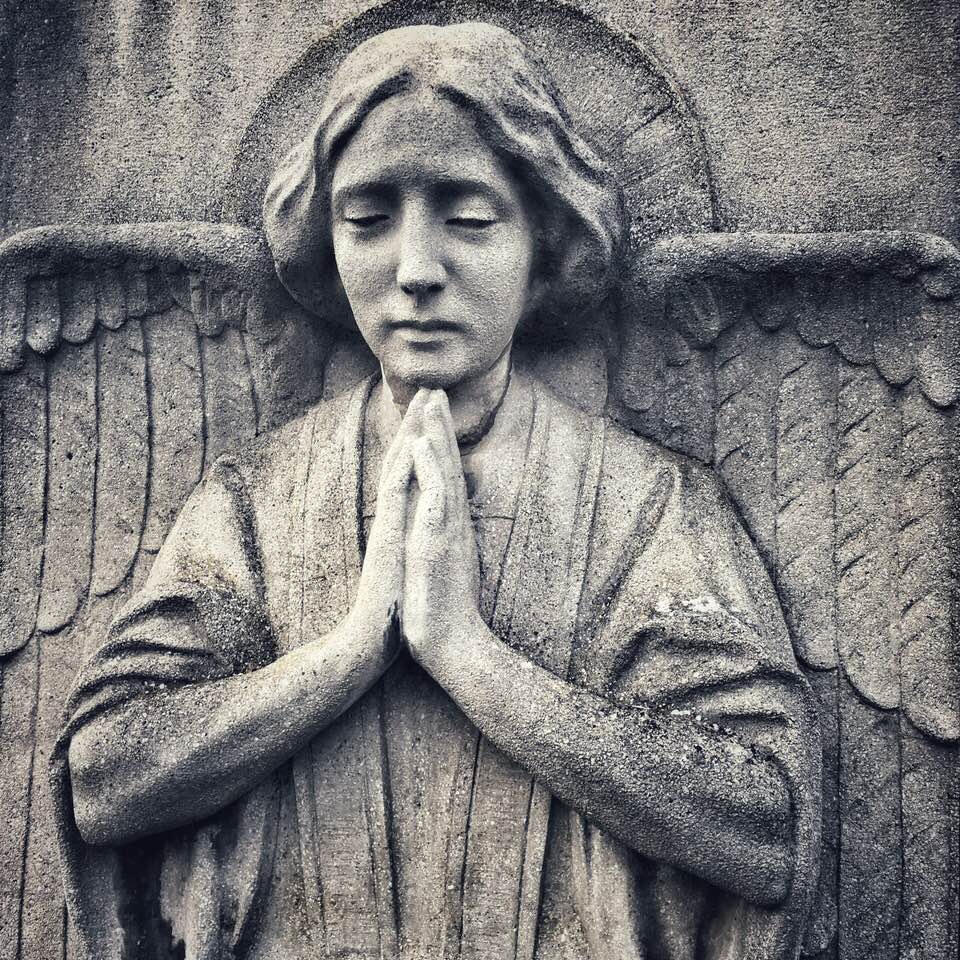 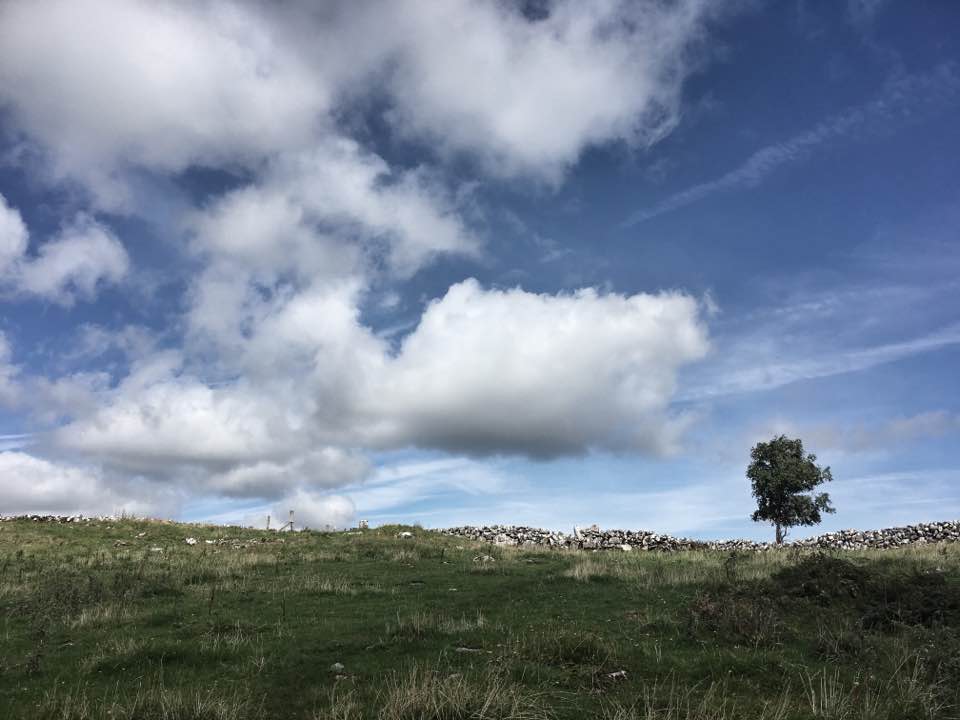 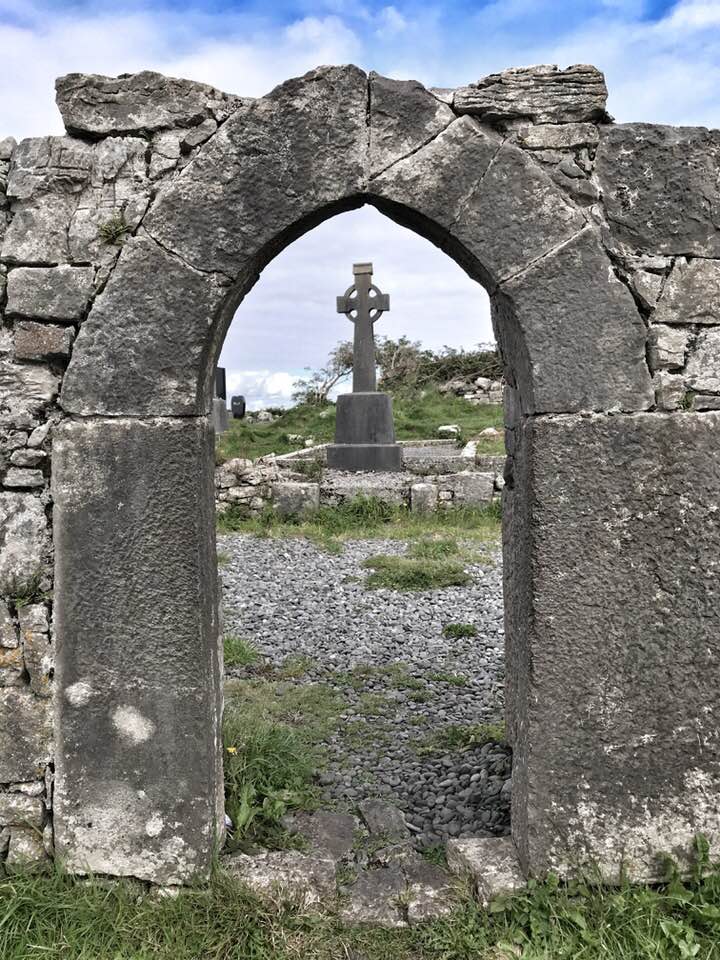 We offer several different levels of support with various programs included. The program content all begin at the end of June 2019 and continue for a year until the end of June 2020. If you register earlier than June for the monthly payment plan you will have 12 payments in total. If you are unable to support us financially, please subscribe to our email newsletters which we will continue during the Jubilee Year as a free offering to the community.

We are deeply grateful for whatever level of support you choose. Our work continues to expand because of word of mouth and the support of monks in the world like you. You can even set your own donation using the button at the bottom.

Contribute a different amount than the options above

There are no refunds for online purchases.

**Please note: If you choose a 12 monthly payments plan with extra gifts included (Levels 3 and 4), the gifts will be sent out upon completion of the 12 payments. Contact us for more details if you have questions about this.

If you cancel your monthly subscription before the end, you will be removed from the program so you will no longer have access to the materials online. Please contact us if you need to change your payment plan.

How the Program Works:

Level 1 includes just the poems. Levels 2, 3, and 4 include the poems, the discussion forum, and all other content outlined below.

Please note: The dates below are when content is posted but you have ongoing access to all materials once they are available to you so you can journey at your own pace.

A Weekly Poem by Christine

Christine Valters Paintner will be writing poems during her Jubilee Year toward her next collection and will be sharing one of these each week on Wednesdays.

During the Jubilee Year, Christine Valters Paintner will be writing a book on Sacred Time and sharing the content here in this online retreat in a slow-release version to really help you to integrate the materials. Even if you took an earlier version of this online course, there will be plenty of new material offered, plus a facilitated community forum to share reflections and questions. The content also includes scripture reflections by John Valters Paintner and songs and gesture prayers by Betsey Beckman.

July 28 ? Cycles of Breath – Introduction to the Theme

September 1 ? Cycles of Breath – Closing Blessing and Questions for Reflection

January 12 ? Seasons of the Year – Introduction to the Theme

February 2 ? Seasons of the Year – Song and Movement Prayer

February 16 ? Seasons of the Year – Closing Blessing and Questions for Reflection

February 23 ? Seasons of a Lifetime – Introduction to the Theme

March 15 ? Seasons of a Lifetime – Song and Movement Prayer

March 29 ? Seasons of a Lifetime – Closing Blessing and Questions for Reflection

May 10 ? Ancestral Time – Closing Blessing and Questions for Reflection

May 17 ? Cosmic Time – Introduction to the Theme

At each New Moon during the year, a mini-retreat created by one of our Wisdom Council members will be posted to guide you through a 2-3 hour reflection time to deepen into the gifts of the season.

John Valters Paintner will be sharing a monthly installment of The Adventures of Hildy in Galway on each Full Moon. These stories will be light-hearted and humorous glimpses into life here on the wild west coast of Ireland.

From June 2019-June 2020 we will not be offering any live programs with the exception of a few shorter workshops in October during a U.S. trip she was invited to make.

Christine chose to say yes to these invitations because as part of her sabbatical she wants to include some ancestral pilgrimage and travel and she has deep family roots in Massachusetts, so will be visiting some cemeteries, the Mayflower memorial, and the Salem witch trial memorial following her teaching time.

The only community online program we will be offering which includes a facilitated forum is this Jubilee Year Community Retreat offering.

Your Guides for the Journey

Christine Valters Paintner, PhD, REACE is a writer, spiritual director, teacher, and retreat & pilgrimage guide. She is the author of twelve books on contemplative practice and creative expression including her newest book The Soul's Slow Ripening: 12 Celtic Practices for Seekers of the Sacred (published by Ave Maria Press) and her forthcoming collection of poems Dreaming of Stones (published by Paraclete Press). Christine lives in Galway, Ireland with her husband John where together they steward Abbey of the Arts, a global monastery, and lead pilgrimages to the wild edges in Ireland, Scotland, Germany, and Austria.

John Valters Paintner, MTS is the online prior for Abbey of the Arts, where he assists his wife Christine in ministering to global community both online and through in-person programs. John was a youth minister and pastoral associate for four years before becoming a high school religion teacher for twelve years. He has a Masters of Theological Studies from the Jesuit School of Theology at Berkeley. His love for the Bible, particularly the Hebrew Scriptures, emerged when he taught the "Old Testament" at an all-boys high school. John is also a lover of the art of story-telling and has written dozens of short stories, one-act plays, and short films in a variety of genres. 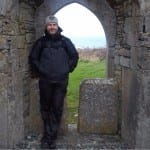 Melissa Layer, MA honors our unfolding journeys through life's challenges and transitions as compelling invitations for creative, integrative meaning-making in BodyMindSpirit.  Her sacred calling and training as a psychospiritual therapist, hospice grief counselor and interfaith spiritual director have taught her about the potency of the "thin places" in thresholds and dark nights of the soul.  Often utilizing expressive arts for curious exploration of the Great Mystery, Melissa offers her compassionate presence and deep listening to individuals and groups. Like the honeybee for which she is named, she claims her role as "a bee of the invisible… passionately plundering the honey of the visible in order to gather it in the great golden hive of the invisible" (Rilke).  The evergreen forests of Puget Sound in the Pacific Northwest are her sacred sanctuary. Melissa is available for spiritual direction by Skype, phone, email and also in-person for those living near Olympia, WA. You can visit Melissa's website here>> 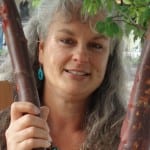 Lectio Divina:
The Sacred Art of Reading the World
(6-week companion retreat to the book)

JOIN THE HOLY DISORDER OF DANCING MONKS
SIGN UP FOR UPDATES