I am delighted to share another beautiful submission to the Monk in the World guest post series from the community. Read on for Beverly Dame’s reflection on living by and leaving the river. 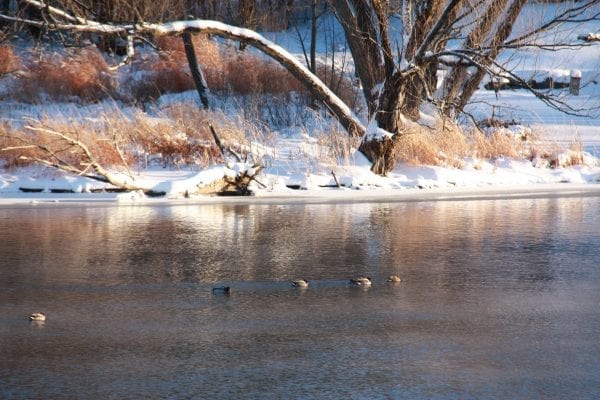 For five years, I lived on the bank of a small Canadian river.  For someone who had always been a city-dweller even as a child, it was rather like being at camp twelve months a year. The river’s calm waters led us to name our cottage “Stillwaters” because like the psalmist God had led us to them.

The seasons were read on the face of the river. On the coldest days, it froze from bank to bank. In the spring, the snow melt and rain meant rushing to put rocks on the dock so it would not float away. There were the annual comings and goings of geese, the first sighting of their goslings, and then the flocks loudly heading south.

During those years I began a daily ritual. Soon after dawn I would take my camera to the water’s edge to capture the light and color of the moment. Sometimes it was the pinks and violets and golds of the sunrise. At others, it was the shades of white as a fog danced on the surface.  It was art and meditation, a spiritual exercise as well as a creative outlet. 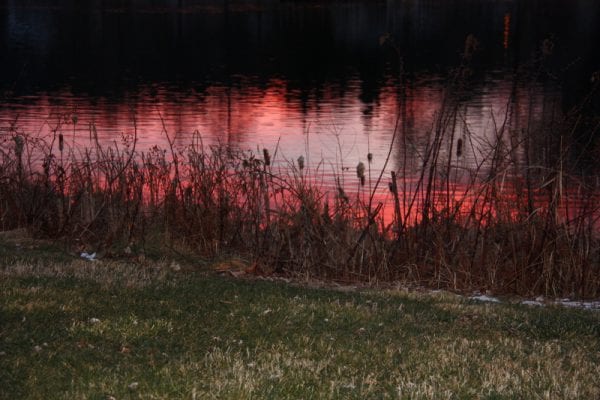 It was at the nearby Abbey of St. Benoit du Lac that I became interested in formally observing the hours of the monastic day, to combine prayer with work and the rest of life. It was a routine that seemed to offer something more than the pattern of my childhood Protestantism. For the monks at the Abbey prayer and worship. They were knit into each day, not confined to Sunday morning.

This was not my first introduction to the monastic life. As with many women of my generation, I had been captivated by the struggles of Audrey Hepburn’s character in “A Nun’s Story.”  In college, I had been fascinated by the lives of the desert mothers, by St. Francis, and by Thomas Merton’s “Seven Story Mountain.” I met my husband at a silent retreat at the convent of All Saints Sisters of the Poor in Catonsville, Maryland.

As an introvert, the idea of the monastic life has always had great appeal.  In a romantic haze it is easy to forget that for monks and nuns taking the habit means living in community not isolation.  The challenge is to combine a spiritual life with a temporal one; contemplation with action, to be in one place while growing.

In our years on the river I added to the discipline of my morning photography session with 20 minutes of centering prayer. Frequently my husband and I would drive to the Abbey for vespers or the noon mass. On line I discovered the Holy Disorder of Dancing Monks and the daily meditations of Fr. Richard Rohr, founder of the Center for Contemplation and Action. 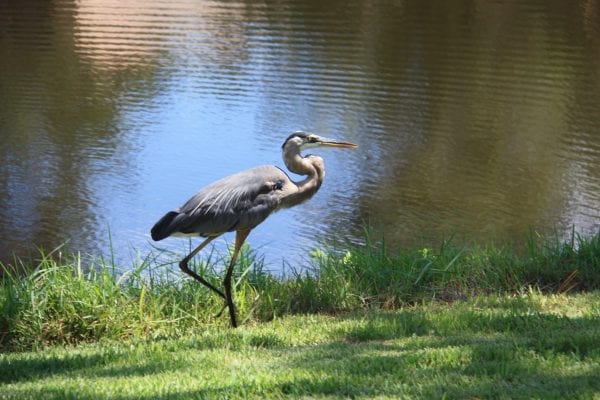 That life ended in early 2016 when my husband was diagnosed with COPD (Chronic Obstructive Pulmonary Disorder). He tried to adjust but after three months of a northern winter he found it difficult to breathe indoors or out so we put our riverside home on the market. The fact that it sold in three weeks affirmed our decision to move South.

Between the decision and the actual move, chaos reigned. Each item we touched from plates to paintings, from a lawn mower to my knitting stash required a decision: keep, pitch, donate. The routine of photography/prayer/meditation too often slipped from habit into a good intention.

In the eighteen months since our move to the Gulf Coast of Florida I have often felt like one of the cattails from our riverbank, yanked by my roots and planted in a very different place. Not only am I not beside the river, but the world seems upside down. Summer is the time you stay indoors to escape the heat and humidity not as in the north country where you are outside as much as possible. Winter is the gentle climate not the season of snow and ice  Geese and ducks have been replaced by ibis and herons, pelicans and seagulls; maples by palm trees; wool socks and boots by sandals; our family of muskrats by an alligator named Elvis.

Slowly I am bringing back the rhythm of my spiritual life. While I sometimes skip my twenty minutes of meditation, I am anchored in the worldwide community of the Internet. My morning begins with thoughts from the Abbey of the Arts and Fr. Richard Rohr’s meditation. Sometimes I dip into a daily devotional from the United Church of Christ and listen to Morning Prayer from the Mission of Saint Clare.  Emails and Facebook posts from friends still on my patch of river keep me updated on their lives.  Winter brings the Canadian snowbirds and cans of maple syrup. The discipline of writing, including this meditation, is returning.

And, I am finding a new group of people on the path. Our church has a contemplative prayer group, more than 100 individual opportunities for service as well as daily celebrations of Holy Eucharist.

To borrow the cliché, life is definitely a journey, and not a guided tour. What the past few years have taught me is that the journey can be informed by a framework of prayer and meditation, exploration and discipline, wonder and acceptance. I can be a nun but a nun in the world. 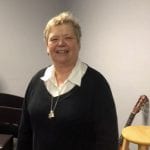 Beverly Dame is a retired communications professional who now lives on the bank of a small lake in Sarasota, Florida. Her photos and writing can be found at A Woman of Enthusiasms.