I am delighted to share another beautiful submission the Monk in the World guest post series from the community. Read on for Elaine Breckenridge’s reflection on letting go of climbing and searching.

“In 2007, I climbed a mountain on Inis Mor, one of the Aran Islands off the coast of Ireland.Well, it was really a hill but it might as well have been a mountain. The goal of the climb was to visit a tiny little hermitage perched on top. Called the Teampall Bheanain, it is reputedly the smallest church in Ireland. It dates from about the 7th century. 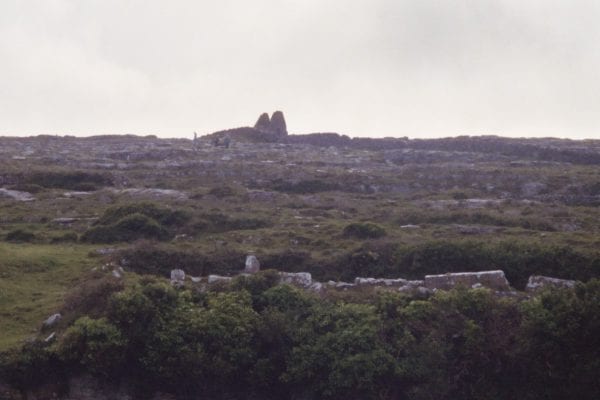 From the bottom of the holy hill, it looked like a reasonable climb, and so I happily set off. But the going got both rough and tough. It wasn’t about the incline. It was about the rocky soil. There were boulders to dodge or climb over. There were moss covered rocks that were deceptively slippery. There were loose stones making it all too easy to roll an ankle. It was a feat to make it to the top. But when I arrived, the view was worth the trek. There was a lovely view of the countryside below on one side and on the other, a magnificent view of the sea. Sacred cows enjoyed their leisure. It was breathtaking. After I took the picture below, the sun began to set. Streams of light kissed the sea and land. I could understand why monks had a cell there. I could imagine long comfortable hours of solitude not loneliness. 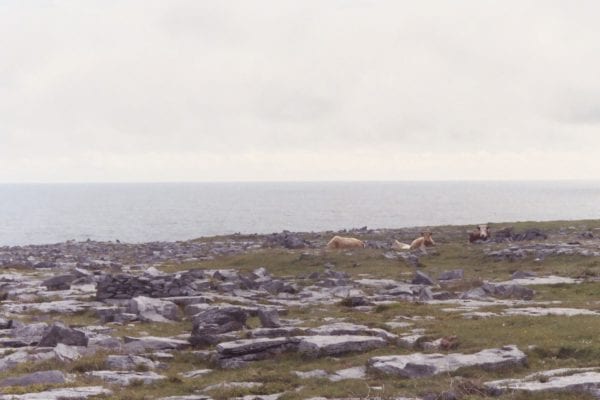 You can’t stay at the summit forever and so I began the descent down. What a disaster that was! Scrambling down the hill was treacherous. Gravity pulled me over those same difficult stones and rocks in even more dangerous ways. It took every bit of mental concentration to control the proper placement of footing in order to remain safe. I understood why a monk would stay up there days at a time. It was in fact difficult to come down from that mountain top!

In the pre-Christian Celtic religion, hills were holy places, thin places that were climbed so that one could be near the sky gods. Climbing then was already an important feature of their spirituality. When Christianity came to Ireland, the earliest missionaries found a people receptive to the notion of God coming from heaven in the birth of a person named Jesus. Christian Celtic preachers and teachers, using their gifts of imagination put flesh and bones on the Christian doctrine of the Incarnation. In his book, A Holy Island Prayer Book, Anglican priest, Ray Simpson describes God bounding down a rocky mountain with a hand reaching out in love to the people waiting below. 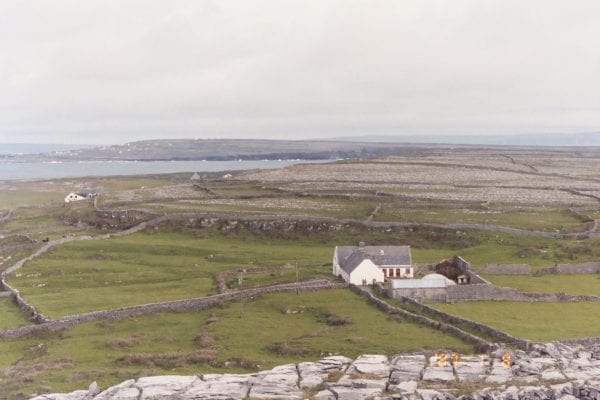 Having gone up and down that rocky Irish hill, I can see how that metaphor perfectly illustrates the grace of God. The spiritual life is about receiving God, who with a sense of urgency and joy leaps over boulders and runs down a rocky hill, just in order to be with us. It is not about making an arduous trip up and down a difficult hill. Instead it is waiting with expectant hearts for God to come to us.

Faith often calls us to let go of our climbing and searching so that we can experience God coming into our presence without our effort. Yet, that can be a challenge for a person like me who wants to be active, involved and yes, even in charge of my spiritual journey.

In 2016, I returned to that same holy hill and looked forward to making the ascent again. But nine years later with an arthritic hip, I couldn’t do it. It was disappointing. Then, I remembered Ray Simpson’s lovely metaphor. I sat down, rested and sure enough God’s peace and joy filled my heart. Receptivity brought boundless grace.

Pilgrimages and hikes are certainly thin places. But so too is carving out time for stillness. We don’t always have to climb a hill, or take an exotic journey. It’s comforting to experience this fact, especially when dealing with aging and health issues. Finding a quiet and comfortable space and inviting God to do the rest really does work. If you have not taken that path recently, try it. It will be well worth the journey.” 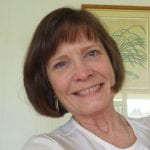 Elaine Breckenridge is a dancing monk and an Episcopal priest currently serving St. John the Baptist Church in Lodi, California. Her passions include incorporating Celtic and Creation Spirituality into traditional liturgical forms, the music of Kristopher E. Lindquist (Kelmusic.com), yoga and living the Abbey of the Arts Monk Manifesto.