The Soul’s Migration: Following a Holy Direction ~ A love note from your online abbess 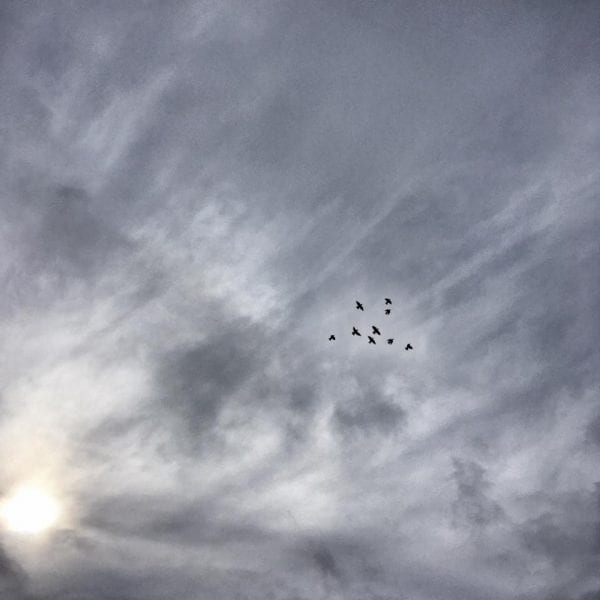 Fin and feather, flesh, blood and bone: the earth calls its creatures to leave the familiar, turn again into the unknown; to move steadily and continuously and at great risk toward an invisible goal, expending great energy with the possibility of failure… ~ Marianne Worcester

Three years ago I had the privilege of leading a retreat on the shores of Cape May, NJ. Cape May is a resting place for weary souls seeking renewal and refreshment. It is also the resting place for Monarch butterflies as they make their long migratory journey to Mexico.

In the Skagit Valley, north of Seattle, I have stood on a midwinter’s day and witnessed thousands of swans and geese landing in a field, also on their own movement toward an invisible goal. In Alaska are the pods of Humpback whales who feed off the nutrient rich waters all summer and gain sustenance, and then return to warmer seas to give birth in the winter.

Autumn is the time of transition, of the earth’s turning, with the balance of light and dark in the northern hemisphere tilting toward the dark season and the invitation to release the excess we carry and rest into growing Mystery. It is a season of initiating these great movements across the globe of birds, fish, and mammals following an instinctual call.

I am taken with the mysteries of migration, the inner knowing that rises up in them to embark on a journey, the impulse to swim and fly across great expanses of earth and sea in search of a feeling of rightness that season.

I think of the ancient desert monks who each knew that one day they would have to leave behind the familiar and venture out into the wilderness to seek a space of radical encounter with God. Or the Irish monks who felt called to a particular kind of journey called peregrinatio, which was a pilgrimage for the love of Christ without a destination in mind. The practice was to step into a small boat called a coracle, without oar or rudder, and let the current carry them to the place of their resurrection.

They yielded their own agendas and plans to the current of love, trusting in this deeper wisdom at work in water and wind, on behalf of the One who opens the way before us.

St. Gobnait, one of the early Irish women saints, fled her home to the island of Inisheer, but was told by an angel that this was not her place of resurrection. She was to seek the place of the nine white deers, which led her journey onward to a place she did not know. The place of resurrection is the land where the heart finds its home and soul’s deepest dreams come to fruition.

Swans and swallows, whales and salmon make the long arduous journey to give birth to the new lives breaking forth in them. The monks wandered in search of wild places that could break apart their own expectations and judgments, to let the new life being offered to them come forth.

In the Book of Isaiah (48:6-7) we read:
Now I am revealing new things to you, things hidden and unknown to you, created just now, this very moment. Of these things you have heard nothing until now so that you cannot say, Oh yes, I knew this.

In the Christian contemplative tradition, we are invited to rest more deeply in the Great Mystery, to lay aside our images and symbols, and let the divine current carry us deeper, without knowing where, only to trust the impulse within to follow a longing.

As autumn tilts us toward the season of growing darkness, consider this an invitation to yield to the mystery of your own heart’s desires. You do not need a map or agenda, simply a willingness to swim in the waters carrying you back home again.

The monks knew the wisdom of embracing a season of unknowing, to wrest from their grip the idols of certainty and security. As mythologist and storyteller Michael Meade says, “a false sense of security is the only kind there is.” Of the new things happening you have known nothing until this moment.

Taking flight requires courage to ascend into the unfamiliar and unknown. And it requires a community of kindred souls who affirm the journey isn’t completely crazy and there is more awaiting us beyond the borders of our narrow expectations.

The soul’s migration demands the long, slow journey in a holy direction, calling us only to follow the impulse of love.