I am delighted to share another beautiful submission for the Monk in the World guest post series from the community. Read on for Teresa Blythe’s reflection on finding God in desire.

Desire is not something I was brought up to respect.

To insist on fulfilling one’s own desires was seen as selfish, petty and certainly not Christian. Still somewhere deep within me from the earliest of times I can recall I knew that if I operated out of desire, I was joyful, and if I did something because someone made me or pressured me—I was miserable.

This is important information for spiritual discernment, but I didn’t learn that until, in my early thirties, I was taught the basic elements of discernment in spiritual direction. My relationship with desire came to consciousness as I related a story from my childhood to a spiritual director.

I was raised to be a fundamentalist Christian in the deep South, where my church entertained, on a regular basis, energetic itinerant youth ministers who would breeze into town for revivals leaving a wave of stunned teenagers in their wake. One of these preachers insisted that all Christian teenagers should carry their Bibles to school every day “as a witness to their faith in Christ.” It was the last thing I wanted to do, and didn’t do it.

What I did was spend the next four years or so feeling guilty that I was not a good enough Christian to carry my Bible to school.

The reality was I didn’t want to be associated with fundamentalists because—at heart—I wasn’t really one of them. I had doubts about their manipulative methods for getting people to pledge allegiance to Christ and felt they were many times motivated more by meanness than love. These were not attitudes I was comfortable sharing with my church “family,” but they were real for me. Carrying a Bible to school would brand me as something I wasn’t.

So, I did the only thing I felt right doing. I prayed that if God wanted me to carry that Bible to school, God would give me the desire to do so. I prayed this honestly and waited. No desire. I prayed some more. Still no desire. I knew that if I did this Bible-toting out of guilt I would be a big hypocrite so I stuck with my prayer and kept my Bible at home.

Then one day several years later I was walking across the campus of the University of Alabama Huntsville where I was doing my undergraduate work and saw a guy coming straight toward me and – oh my God!—it looked like he had a Bible with him. I wanted to run in the other direction because the last thing I needed was someone hounding me to do what they deemed necessary for me to “get saved.” The guy approached. I held my breath. “Which way is the library?” he asked with a polite smile. I gulped and pointed him in the right direction. No Bible in his hand. No talk of salvation. Just a guy who needed directions.

As I stood in the middle of the familiar campus, everything in my spiritual life shifted.

In some ways, I suppose, I actually was saved at that moment. I felt the light of the living God shining within me, providing a clarity that I had not before experienced. I knew then, in the deepest part of my soul, that I had done the right thing following my desire not to tote the Bible around like a salvation salesman. I knew that to do that would not just be hypocritical but would be frightening for people who had been figuratively beaten over the head with it there in the Bible Belt. I would end up repelling the very people I might want to connect with—other seekers with open minds.

In that moment, I began an honest, active spiritual relationship with desire. It would be another twenty years before I would understand the theological and historical “rightness” of associating God with our innate and deep desires.

The Diploma in the Art of Spiritual Direction program at San Francisco Theological Seminary that trained me to be a spiritual director requires first-year students to read Phillip Sheldrake’s Befriending Our Desires, a book which makes a persuasive case for paying attention to our desires. The book caused quite a stir that year because a few of the more conservative ordained-types felt there was a danger in indulging our desires. “How do we know what is our desire and what is God’s?” they asked. The idea of finding God in desire flew in the face of their own call Jonah-like narratives, which usually went like this:

“I knew God was calling me to the ministry and I fought Him all the way. I ran and ran but God wouldn’t let me go. Finally, I had nowhere to run to and I gave in to God even though I still didn’t want to become a minister. It was the best thing I ever did.”

If they had followed their desires, they wondered, where would they be?

Where would they be, indeed? That’s the question. And it’s one I frequently ask people to come to me seeking spiritual direction. Many of them, especially women, are silenced by the question since no one, at least in a long time, has asked them what they want or need out of life. No one has cared much about their desire.

I found God in my desire and now I am on a journey that is about fighting cynicism, fear and anxiety, not about fighting a God that is stalking us like some deranged lover. The relationship is one of partnership and trust.

A relationship built on desire. And that is how I live as a monk in the world. 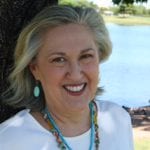