I am delighted to share another beautiful submission for the Monk in the World guest post series from the community. Read on for Judith King’s reflection on a soulful entry into the day: 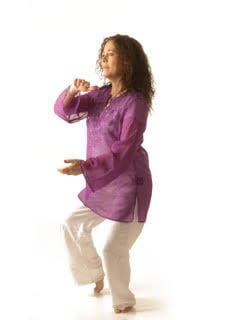 As often as I can, I attempt to make a slow, soulful entry into my day.  I trace this need back to the millennium.  In the summer of that year I was involved in an accident, literally knocked down by a bus, (yes, the proverbial actually happens to some people!!). Thankfully, none of my injuries were life-threatening but recovery nonetheless took many months.  A few weeks in hospital was followed by a necessary return to my family-of-origin home to be cared for.  At first, even when doing simple tasks like showering or making a cup of tea, I required help.  Gradually I recovered my independence and began to track each little milestone with quiet cheers and deep gratitude.   It was humbling to realize how much I had taken for granted.  I was in my mid thirties, I was on a particular trajectory with work and life, busy with all kinds of commitments and suddenly it was like I just fell off the side of the world! As I hobbled about awkwardly on crutches, I used to watch people walking and truly marveled at their ease and grace.

Eventually, I was strong enough to consider a return to work.  I began part-time at first, mostly because it took me so long to get ready in the mornings!  The limitations posed by my injuries and pain at first meant that my morning rituals were a long-drawn out affair.  As my strength recovered I continued to take my time in the mornings and it was more than a year later before I realized that what was once an involuntary necessity had gradually become a desired practice and so I began to guard zealously the day’s precious beginnings and daily prepared myself a soul breakfast.

Prior to that ‘turnaround’ summer I had dabbled in meditation and journaling practices now and again but the drag of habit and routine meant that many weeks might pass between these bouts.  Equally, I made intermittent, enthusiastic attempts to do some yoga classes or tai chi or 5Rhythms but I never managed to commit to any of them enough to weave them into my daily life.  After the accident, however, when my whole being began to thirst for ways to lift and regulate my energy levels and my spirit longed to integrate the meaning of this eruption into my life, I returned to these body and soul practices with a completely new mindset.  It was almost easy to commit to a daily routine because my need for their healing power was so great, like the deer that yearns for running streams.

The first springtime after my accident I was introduced to the practice of keeping a gratitude journal – recording, just before sleep, the five things you are most grateful for in the day gone by.  A soul supper, if you like! Fifteen years later I have a shelf full of such journals and can attest to the transformative power of this practice! It is extraordinary to me how this simple practice has since received such global attention in the intervening years.

The street on which I was knocked down was called Exchange Street and I have often thought what an exchange indeed came to pass.  An instant on that fateful July day, 2000, became the seedling for an inner transformation, by the end of which I had exchanged my previous life of ego-striving, petty anxieties and completely taken-for-granted physical vigour and energy, for a new life of consciously and daily attending to gratitude, humility and mindful embodiment.  I know in my body and bones that we are soul pilgrims on a journey and the quality of that journey and the interactions with those whom we meet on the way is just about all that truly matters.  The gifts I have received in the intervening years have been abundant and manifold.  Among them I include finding this community of other monks in the world with whom to share this pilgrim road, guided as we are by our dear Abbess who writes us love notes, for God’s sake! As an Irish person it is especially meaningful to me that we are working together to embody these eight ancient and new practices into our daily lives – a fitting and living tribute to the hundreds of beautiful monastic ruins that dot our landscape.  These days, all that is within me rails against the kind of mornings where I am in a rushed grasping for food, transport and last minute work preparations.  Some days, unless I rise extremely early – and sometimes I do – I have to settle for the Feet on the floor pause for gratitude, the Mindful Minute and the Way-of-the-Three-Steps Prayer – a mini soul breakfast, as it were.  But Ah! The full breakfast is as satisfying to me as “the full Irish” might be to my fellow citizens. 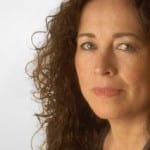 Judith is a psychotherapist, teacher and group facilitator, living and working on the east coast of Ireland.  She has also begun to write more publicly in the past year, thereby attending to a long-seeded desire to do so.   She finds the Abbey of Arts and its resident Holy Disorder of Monks a most inspirational source of companionship and creativity.

I am delighted to share another beautiful submission to the Monk in the World guest post series from the community. Read on for Justin Coutts’ reflection “A Hermit’s Prayer for Beauty” which originally appeared on his website In Search of a New Eden. One of

I am delighted to share another beautiful submission to the Monk in the World guest post series from the community. Read on Becky Boger’s reflection on bringing horses into spiritual direction. I currently live a quiet, simple, contemplative lifestyle in the country as an introverted

The Mystical Heart: Love as a Creative Force

Writing with the Ancestors: Honoring the Celtic Feast of Samhain