More Reflections from the Wild Edges 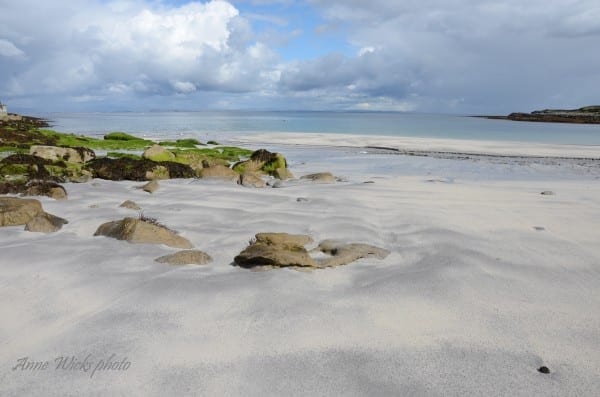 In early September 2015 we had 13 pilgrims join us for a very special pilgrimage and writing retreat on the wild edges of the world. We stayed on the islands of Inismor and Inisbofin, off the coast of Connemara and let the landscape inspire our creative process. I am grateful to these dancing monks for sharing their inspiration so freely with the community. Pour a cup of tea and then savor these reflections from Randy Pierce and Eileen Harakal.

Reading Psalm 102 brings to mind the overwhelming experiences I had wandering among the crumbling monastic ruins of Inishmore Island, Ireland during our Writing on the Wild Edges of the World Retreat a couple of months back. St. Macduach’s Church, close behind our B&B, Kilmurvey House, was especially poignant as I celebrated dawn communion with the great cloud of long dead Celtic saints after matins.
This psalm is a lament, a wailing of affliction.  However, the solitary within me finds great solace in these words. Rather than despair, they speak to me of precious, private times ‘alone with the Alone’. My God created each of his creatures with unique qualities and characteristics. He made the owls and me eremitic beings, designed and driven to silently wander the nights in solitude.

I am like a desert owl
like an owl among ruins
lone, but not alone
solaced by the Solacer

ancient stones echo my aubades
lone, but not alone
communing with saints of old
I am like a desert owl

The sky is a landscape of its own, a bowl suspended over open land with no trees or tall buildings to obscure a 360-degree view. The skyscape at first glance looks static, but if you take your eyes away even briefly, something will have happened. Massive gray clouds hurl across the horizon at you, bringing rain on one side of a building and not the other. Off the west coast of Ireland, it can rain for hours, but more likely moments.

Sea and land conspire here. Only the beach is flat, and barely so. No sooner does the land rise than it falls, grass cropped by sheep and wind and time. Even far uphill, the land is littered with small gray seashells.

Stones grow like wildflowers which grow like gardens. Wandering monastics from centuries ago inscribed the land with manuscripts illustrated in stone. Their icons are written now in roofless churches, holy wells, bee-hive cells.

The islands are parceled by stone walls into a sturdy geometry, until you see a wall silhouetted against the sky or the ocean. Chinks of light come through, turning solid stone into gray lace. What is hard, edgy, sharp becomes frail, to be undone by invaders from anywhere else. But in Ireland, stubborn stone prevails. Long after the monks and the marauders have come and gone, always and everywhere what remain are the open space, the rock, the wind, the sea, the sky.