A Celebration of Stuff ~ A love note from your online abbess 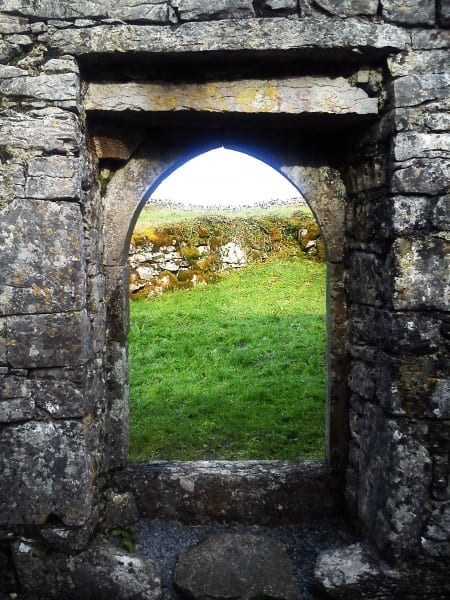 In 2012 my husband and I decided to embark on a life adventure. We were living in Seattle and had been traveling to Europe twice a year to explore ancestral landscapes. He was growing more in need of a sabbatical from his position as high school theology teacher. I had recently applied for and received Austrian citizenship through my father.

Between February and May, we began to sort through our things. It is amazing what accumulates in nine years in one place even in a small apartment with only three closets.

“Honey, I just found more stuff,” became a common refrain as one of us would open a new box or look under the bed.

We sorted through clothing and kitchen drawers, making piles for our many trips to Goodwill. My library of a thousand books went to a friend who owned a used bookshop. Some furniture was sold on Craig’s List. The few art pieces we had were given to friends. I slowly burned my pile of old journals in our fireplace, an act that became symbolic of the threshold we were on, and I would carefully carry out piles of ashes.

Eventually we sold our condo and our car, and then put a few things in storage like boxes of family photos and a couple pieces of family furniture. We packed up two large suitcases and headed off.

Dispensing of things felt almost virtuous, and certainly full of the freedom that comes with not having to maintain things or worry about them. My primary spiritual path in life is as a Benedictine oblate and the contemplative way nourishes me.  I am inspired by the stories of the desert monks who journeyed out into the wilderness carrying nothing but a deep sense of call and desire to be free.

In many ways it felt like we were heading off into our own wilderness experience.  While Vienna, Austria with its sumptuous cafes and gorgeous architecture is hardly the Egyptian desert, we were traveling with what felt essential to us, into a journey that was largely unknown.

In Vienna, our little kitchen with its tiny refrigerator inspired us to shop daily for what we needed in small amounts and we learned to love cooking on the little gas stove and fold-out cutting board which jutted from the wall when needed.

The monastic path of simplicity isn’t just about relinquishing physical belongings. It also invites a holding loosely of our habits and patterns in life which weigh us down. It calls us to release our expectations of what we want to have happen and yield to what actually arrives.

Our time in Vienna was full of opportunities for yielding in a culture where my husband didn’t speak the language and the immigration process for him was filled with bureaucratic roadblocks. After six months, with yet another letter from Austrian officials asking for more documents while the expiration date of his visa loomed, we headed for Ireland in the hope of a better outcome. We landed in Galway, a city of rich artistic culture and the wild west coast beckoning to our imaginations. Immigration went smoothly and we found ourselves falling in love.

Almost two years in, when the next invoice for our annual storage fees back in Seattle arrived and us feeling confident at last that we would not be moving again anytime soon, we decided to finally move our remaining things across the Atlantic Ocean.

They arrived twelve weeks later at the very end of October 2014. As the days grow shorter here and we move into the feast of Samhain, a time when the Irish consider the veil to be very thin between this world and the other world, I found myself sitting on the floor among a dozen boxes. Each one contained albums full of family photos, from my childhood and my husband’s, from each of my parents and my grandparents. Each image sparked a memory, flooding me with renewed connection to stories that had gone silent.

I ran my hands repeatedly over the solid wood of the secretary desk, the one that had traveled from Austria to the U.S. many years ago, and now back to Ireland. I slid open the small drawers, finding small treasures we had hidden before leaving.

Suddenly our spare apartment was littered with stuff: The Northwest Native American rattle carved like a salmon that reminded us of our life before. The soapstone Inuit carving of a bear dancing which I received after my mother died. The oil portrait of my Austrian grandmother, sitting regally in her salmon colored dress. The watercolor given to me by a coworker when I left a teaching position years before.

There was the delicate white china tea and coffee set and silver tray from which Kaffee had long ago been sipped and strudel nibbled. I found the chipped, enameled bell with blue flowers my parents used to ring on Christmas Eve when I was a child.

We are beings who cherish, who remember through touch and smell. We come to love these treasures that witness to our lives and the lives that came before, books that transformed us. We honor writers and artists, mothers and fathers, legacy and lineage. We are connected to the significant moments of our lives through the gold band on our finger or the necklace given to us by a friend who has since passed away.

There are a multitude of things I have absolutely no regrets about giving away when we moved. But there are a few I do wish I had held onto: the sword from my great grandfather who was a general in the Austro-Hungarian army, the cream pearl necklace from my grandmother, the Meissen porcelain set of dishes.

A bird’s nest is an amalgam of twigs and fluff and string. When our things arrived they marked a turning point when I started to feel really at home in Galway, that I wanted to nest. I am still very much a monk at heart, but I have also fallen in love with stuff again.