Celebrate the Feast of St. Michael and Autumn Equinox ~ A love note from your online abbess

Included in your love note today is a short excerpt from our current Sacred Seasons mini-retreat for the Autumn Equinox and the Feast of Michaelmas (register here to receive materials all year long to celebrate the turning of the seasons) written by your online Prior John Valters Paintner: 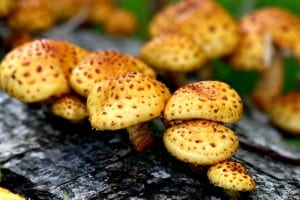 “Do not fear, Daniel,” the Archangel Michael continued; “from the first day you made up your mind to acquire understanding and humble yourself before God, your prayer was heard.”

The Book of Daniel, named after the hero and not the author of the story, is set during the early days of the Babylonian Exile. It is more an Apocalyptic text than truly Prophetic work. The book itself was written during the Greek occupation of Judea and a time of great persecution (far more so than what the Jewish exiles in Babylon would have suffered). Placing the story in an earlier time and different place allowed the unknown author to avoid trouble with the authorities, but the original audience would have read past the ‘code’ to see themselves in the story of Daniel. (A similar style of writing was used in the Book of Revelation to avoid directly or overtly criticizing the Roman occupation and subsequent persecution.)

The message is one of hope in the midst of what appears to be total defeat. The idea is that since their ancestors survived the Babylonian Exile, the Jews under Hellenistic rule will also survive and one day be restored. The Book of Daniel is arguably the first true revelation about a life-after-death, a great judgment in the life to come.

The Feast of Michaelmas is located in the season of autumn, a time when the warmth and bloom of summer fade. The days are growing shorter and colder . . . and winter is still yet to come. Not only have things taken on a gloomier hue, if you suffer from any kind of seasonal affective disorder, the worst is yet to come.

This must have been how the Jews under the increasingly oppressive reign of the Greeks must have felt. Their ancestors had faced hard times, but perhaps none as hard as this. I can only imagine how difficult it must have been to imagine, let alone see the light at the end of that tunnel. They were in more need of God’s loving embrace than ever.

And so the Archangel Michael, the captain of an army of angels, the defeater of Lucifer, the defender of heaven itself, comes to Daniel – to each of them – and tells them not only not to fear, but that their prayers have already been heard and answered. He becomes an archetype of hope and invitation to surrender into trust.

How do you find courage to endure when times are dark?

A concluding note from Christine:

Autumn Equinox coincides with the Feast of St. Michael on September 29th. In general I am not particularly drawn to angels. Perhaps it is the way some are depicted. Often the sweetness of cherubs is a bit too cloying for me. They feel disconnected from my own experience.

But I do often find myself drawn to statues of St. Michael. Usually he is depicted as this strong presence with a sword and shield. He offers a sense of protection against the forces that threaten to overwhelm us. He invites us to invoke our own inner warrior to provide boundaries on our energy and commitments. I used to resist the idea of warrior, preferring nonviolence and peaceful solutions. But the warrior is an essential ally for us.

This feels a bit like autumn’s invitation as well, the call to remember our own limits as we move into the season of release. How does Michael call you to say no in the days ahead? How might a sacred no offer you the grace of renewal and replenishment?