I am delighted to share another beautiful submission for the Monk in the World guest post series from the community. Read on for Robert Rife’s wisdom on finding the sacred in the most ordinary moments:

I am the dusty ground, low and dry
thirsty for the imprint of holy feet.
Despoil with radiant prints, this virgin ground.

You are the rain, falling deftly
upon my brown soil. Now is left
your footprint on this ground.

I am the ashen leaves, curling and broken
awaiting but a whisper. For only then
can I fall on solid ground.

You are the soundless wind, howling, still.
You creep up behind me and
exhale me to the ground.

I am the snow, disembodied worlds of cold
and chance encounters with hand, or tongue,
eye-lash or palm needing ground.

You are the frozen air in which I am held
aloft, drawn slowly down
to meet with others on the frozen ground.

I am the waning autumn death
soon to give way to the long silence-when one Voice
becomes the loudest ground.

You are the Voice that speaks
heard best in dying, power given for
rising from this shivering ground.

I am the distant hours, the midnight passing-
the refusing minutes, trapped in hours,
running from the years of ancient ground.

You are the many, and the one, and all time
and nothing and everything from nothing
where time has no ground.

I am the weeping, the squalid groaning,
the unrequited miseries of misery’s company
laying crippled and diffused in the ground.

You are the end of tears and years, the question
and the answer, the sutured nerve of joy, not suggested
but present, here, on this Holy Ground.

A Celt in a kilt and the beautiful mundane

For me, the term ‘monk’ used to mean ‘one safely cloistered away from the cares of normal life in dimly lit, echoing stone hallways where hooded men sing hauntingly beautiful music and basically float just a bit off the ground. A single, piercing glance from their crystalline eyes means healing, they have superpowers, can read your thoughts, never need to eat, and speak once a year whether they need to or not.

Since leaving behind my roots in evangelicalism for headier waters elsewhere I’ve since discovered that monks often have the sauciest senses of humor, the bawdiest stories and, not surprisingly, the deepest delight in the world around them. My kinda fellas. They’re as non-dualistic as they come; a life to which I aspire. Apophatic meditation one moment. Bodily noises the next. Welcome to my world.

I am a dreamer; a philosopher-poet capable of romanticizing even the most mundane banalities. To a guy like me, cutting the grass has the potential to be a portal into the nether regions of the universe, awash in liminality, where mythic faeries ride unicorns on their way to Celtic slumber parties. But, I’ve been known to overstate a little.

Clearly, I’m a favorite among type-A corporate headhunters (tongue super-glued to cheek). Rather, stereotypical songwriters, tree-huggers, poets, unfocused A.D.D. artsy-fartsies, and contemplatives love to love me. They’re my peeps. My homies. They know my psychic address.

These overly romanticized sensibilities haven’t always promised smooth sailing for me. In fact, more often than not they’ve brought more than their fair share of woe and disillusionment. The world has precious little patience for those like me, preferring instead the multi-tasking, power-doers with ambitions larger than the moon upon which they hang their coats (but generally not their egos). It’s a challenge in our super-charged, winner-take-all culture to prove real value in lighting candles and pursuing silence when time is money and money is god and god keeps shrinking or running away.

My earliest recollections of spiritual awareness contained the following simple elements: surprised by joy moments, generally unasked for and seldom expected; a sudden awareness that the world was not really as it seemed – that from God’s perspective all was well. Specifically, I was drawn to all things ancient, mystical and Celtic. As a bagpiper/Irish whistle player who has toured extensively it makes sense that, for me, the world is seen through green colored glasses, smells just a little peaty, telephone poles were meant for tossing, and “ladies” is misspelled on the restroom door (insert look of shock and consternation here).

Although a mystic from a very early age, despite a decided lack of language to articulate such things, my fate was forever sealed when, for the first time I heard the Great Highland Bagpipe. I was seven years old. I was gobsmacked. Mere weeks later, in the basement of St. Andrews Presbyterian Church, I started learning to play the pipes. I have played ever since.

Something else happened however. It christened a liminal journey of my inner mystic and forever sealed my fate as a lover of all things Celtic, monastic and artistic. It also began an almost unassuagable thirst for the monastic realities of thin-place living. Puddles become holy water. All time, whether singing, snoring or snacking, can be wrapped up in a ball of quivering holiness. It is the essence of Celtic spirituality. It is my essence (especially if we had haggis the night before).

Now, a gazillion years and as many prayers later, to be an artist, a mystic and a monastic-wannabe is for me to see myself less as a dreamer and more as a waking dream. Life is to find the holy in the banal; the glorious mundane. The perfect, daily moments of nothing-special that, simply by virtue of noticing them, become possibilities of inherent wonder. The greatest gift I’ve received in the past few years, something particularly attributable to the Celts, is that of awakening to these shimmering possibilities in the blasé and dull. How brightly they shine under the light of the God of order and magnificent delights. 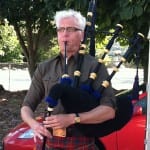 Robert Alan Rife was born in Calgary, Alberta but presently serves as Minister of Worship & Music at Yakima Covenant Church in Yakima, Washington. He is a singer-songwriter (his CD, “Be That As It May” is available on iTunes), Celtic musician, liturgist, speaker, poet, and a blogger here, here and here. He is a graduate from Spring Arbor University with an M.A. in Spiritual Formation and Leadership.

See in each herb and small animal, every bird and beast, and in each man and woman, the eternal Word of God.   ~ St. Ninian ~ 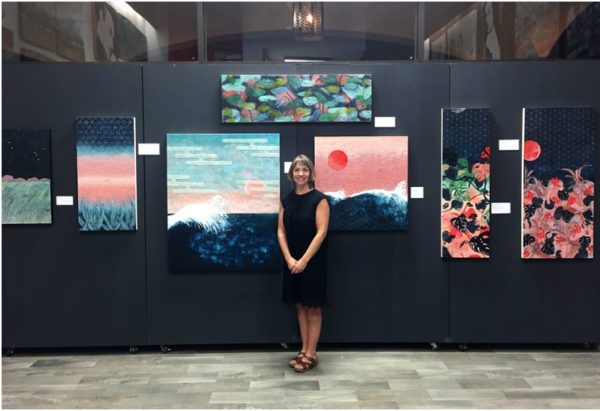