I adore Paula Huston’s work and wise spirit.  She is a fellow monastic oblate (Camaldolese Benedictine) and writer of several books on spiritual practice, including my favorites Simplifying the Soul: Lenten Practices to Renew Your Spirit and The Holy Way: Practices for a Simple Life.  I had the gift of participating in a nonfiction writing workshop with her several years ago in New Mexico through the fabulous Glen workshop.  The Glen is a really wonderful gathering of writers and artists wrestling with the questions of meaning and substance in life.  Paula is a gifted teacher and also offers her wisdom for writers through the Image Journal‘s online manuscript critique in creative nonfiction. 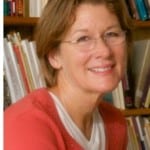 Years ago, a young newspaper reporter showed up at a contemplative hermitage in the wilderness of Big Sur, hoping to interview some of the monks.  Never much in evidence except in the chapel during the Hours, on this particular day they made themselves especially scarce.  She looked in vain for someone she could talk to.  Finally she was rescued by Fr. Bernard, a diminutive French-Canadian who never could resist the sight of woman in distress.  He led her to a bench overlooking the sea, then gallantly invited her to ask him whatever she liked.

Thrilled to have captured a real monk, she said, no doubt a little breathlessly, “You’ve been here for almost fifty years, am I right?”

“You are indeed,” Fr. Bernard responded with his charming blue-eyed twinkle.

“Well, what I really want to know,” she said, “is why a person would ever come to a place like this.”

Without a moment’s pause, as though this were a question he had been thinking about for a very long time indeed, he said, “That is easy. I came here because life is short and I wanted to live it in the best way I could.”

In all the years I have been an oblate member of Fr. Bernard’s community, I have never heard of a better reason for taking up the monastic life. The monk’s life, when it is going well, is a life of discipline and integrity, one that (given enough time and commitment) slowly but inexorably leads to a new kind of person.  And when I first met Bernard and his brothers, that is what I wanted more than anything: to be better than I was.

That longing was so strong that it carried me through several decades of learning about and trying my best to practice (while still living very much in the world) various monastic disciplines: silence, solitude, fasting, chastity, frugality, simplicity, anonymity.  Much of that time was spent in frustration.  My efforts were so weak and I myself so apt to be derailed by the usual stresses of modern life that the task seemed hopeless.  Over and over, I rushed to the sanctuary of the hermitage for refueling, only to re-shoulder all my burdensome responsibilities as soon as I got back home.  Teaching.  Wifehood and motherhood.  Caretaking of elderly parents. Farm work. Writing.  The obstacles to a contemplative life seemed insurmountable.

Yet one of the great teachers of Christian contemplation, the fourth-century Evagrius of Ponticus, believed that the kind of life I was seeking and failing to find came only to those who did what I was doing, no matter how unproductive it seemed.  He called this early, essential stage on the contemplative path “praktikos,” a terms that connotes both “practical” and “practice.”   What it means is that we not only read about becoming less self-centered and egotistical but actually “practice” doing this through a disciplined approach to daily life.

If we persevere long enough, he believed, then we will advance to a stage he called “physikos.”  We will begin to understand created nature, including human beings.  We will begin to see why the world is as it is.  Or as the great British Romantic poet Wordsworth put it, we will learn to “see into the life of things.” More, we will begin to love the universe, including our sometimes irritating, sometimes horrifying fellow creatures, in a way we cannot possibly love them when we truly only love and care about ourselves.

And finally, said Evagrius, we might even become “theologikos,” or whose who are gifted–perhaps like Fr. Bernard was at the end–with the ability to see and comprehend divine realities.  We might become what the Eastern Orthodox call “pneumataphors,” or “bearers of the Holy Spirit.”  We might become pure enough of heart and focused enough in the mind to contemplate God.

As a “monk in the world,” if this is what I really am, and most days I feel like a bit of a fraud in that regard, I know I am a very long way indeed from Evagrius’s definition of a theologikos.  What I do know, however, after nearly twenty years of attempting to incorporate whatever monastic wisdom and practice I can into my everyday modern American life, is that I have indeed changed along the way. I am a little better than I used to be.  And I do, at rare but riveting times, see the world and its tragic beauties and terrible griefs and inexplicable sufferings in a new and unfamiliar way–a way that makes me want to love instead of condemn it.

As an “artist of the everyday,” if that is what I really am, and most days I seriously doubt this too, I know that whatever I once thought the writing life was meant to be has long since burned to ash.  My early aspirations to literary greatness.  My secret conviction that only public praise, and a lot of it, could possibly validate my existence.  Instead, I’ve come to believe that the only writing worth doing anymore  (not that I am yet capable of doing it) is that which helps light the way to theologikos, or genuine contemplation.

What I have learned is that transformation has a way of sneaking up on us.  Whatever happens along the contemplative path is very subtle.  And it is only in looking back at ourselves from the perspective of decades that the change begins to reveal itself.

For this small insight after so much stumbling blindness, I am profoundly grateful.

Paula Huston is the author of two novels, Daughters of Song and A Land Without Sin, plus six works of spiritual nonfiction.  Her essays and short fiction have been honored by Best American Short Stories, Best Spiritual Writing, and the NEA.  She currently teaches in Seattle Pacific University’s MFA in Creative Writing program.

I am delighted to share another beautiful submission to the Monk in the World guest post series from the community. Read on for Wisdom Council member and long time Abbey contributor Richard Bruxvoort Colligan’s reflection Work and Presence. Show of hands: Who else slows down 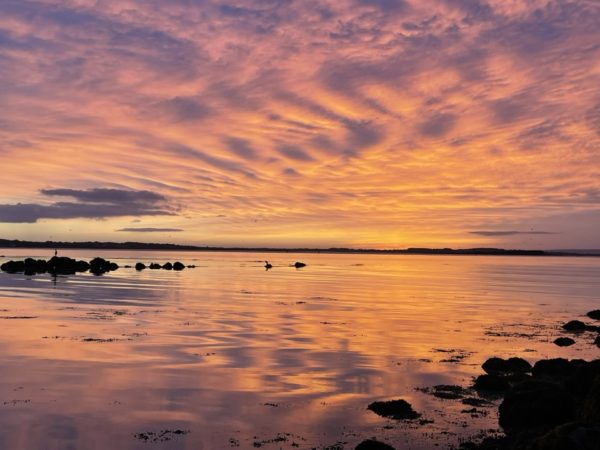