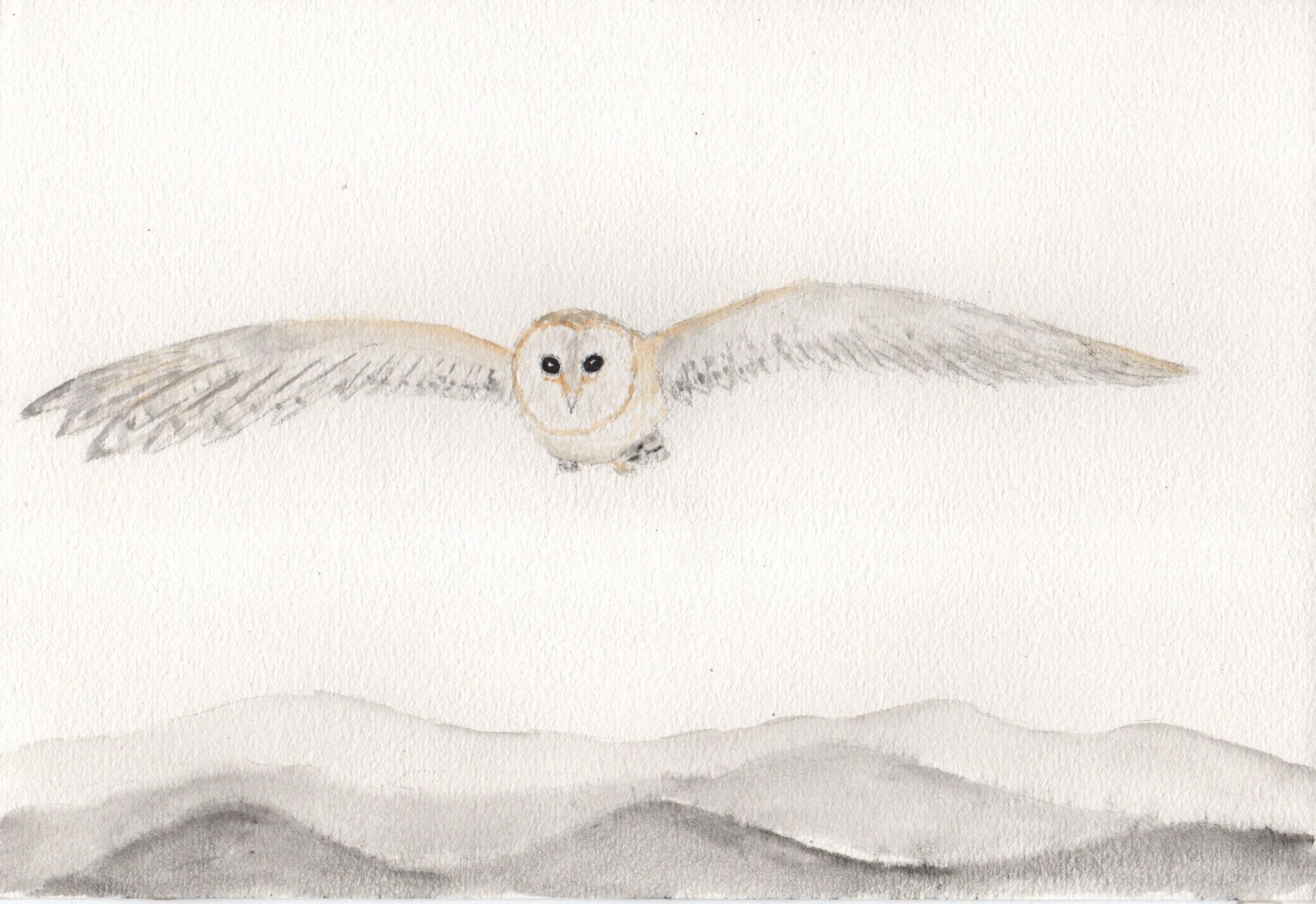 I am delighted to share another beautiful submission to the Monk in the World guest post series from the community. Read on for Rachel Grandey’s reflecion “As kingfishers catch fire.”

Birdwatching never used to be a spiritual practice for me. As a child on family hikes I grew bored when my parents took out their binoculars, and frustrated if we stopped to watch any but the most dramatic birds. Life was all about reaching the next horizon as quickly as possible. Despite this, glimpses of special birds – Peregrine Falcons, Golden Eagles, Nightjars – etched themselves onto my earliest memories. Like holy experiences, such sightings always had power to stop me momentarily in my tracks. Over the past two years, this link back to the safety and delight of childhood has formed part of a new trajectory towards the growing discipline of adulthood.

During the first half of the pandemic I spent a year with my parents in the UK, soaking in the British seasons and landscapes like layers on an oystershell. When it was finally time to return to South East Asia, where I’ve been living since 2013, leaving felt almost too hard to bear. Suddenly birds became a lifeline connecting me to the people and places I missed. Swiftlets enthralled me with the promise of freedom during my two-week quarantine on arrival. Later, a Shrike in the litter-stricken gutter cocked his head as if amused by my wonder: a little masked highwayman robbing me of the dirty street, pillaging my heart of its meagre hoard of petty longing. Leaving me just myself: far from the rubbish I no longer noticed, winging through air.

Cycling to a nearby urban marshland became my daily discipline and joy: an attempt to glimpse through and beyond the mundanity of the city – and my own impoverished spirit – into something of God’s movement there. It allowed me to embrace lament – for the ravaged, digger-scarred wasteland soon to become a leisure park- but it never allowed me to wallow in grief. A tiny jewelled Kingfisher reminded me that nature’s resilience flourishes through the messiness of humanity. If the birds could thrive here then so could I.

Then in 2021 another upheaval, another move. And a Sparrow singing beyond the bars of another quarantine-cage. One among billions – unwondrous – yet capable of song, and a hopping-forth across rooftops with sunlight glinting bronze off burnished wings. Later I emerged into wintry woodland near my new town, all eyes and ears for magic. Chirps tinkled to the needle carpet like snowflakes. Japanese Great Tits, like their British cousins, pine-cone sized vortices that flitted away each time I reached out to probe through the perpendicular fir-frond prison to the other side: home.

Birdwatching takes time, commitment, dedication. Navigating new geographies meant relearning skills I thought I had already mastered: becoming incompetent again. There are frustrations as I stumble to identify birds I see and hear, groping through white noise for a plumb-line that sways bewilderingly like a sapling in the wind. The contours of each precipice inking into understanding the promise of a new pilgrimage. So I practise patience: waiting for the birds to sate themselves in song, savouring each sudden burst of colour for the gift it is. Unnameable, unknowable, dropped from the dappling canopy like manna to feed my soul. The forest, trees illuminated with dew like fairylights, is a womb where the clamour of the world is muted and I am nourished by connection with God. It is a chapel where rays of light break through leaves’ stained-glass windows and morning mist rises like incense.

The practice of birdwatching can birth contemplation, but also action. On a pockmarked beach I saw a man collecting shorebirds that had broken their flight on his mist-net. For $1, all I had with me, I asked to buy one to release; he scooped a bird out of its cage, like a rib from living clay, and gently placed it in my hands. For a moment it didn’t know it was free, before it skimmed off low over the sand, trilling out its call as it rejoined others in their light-spun liberty. When I held the Pratincole I felt I would have given anything to redeem it: for it to return where it belonged, to be itself in the environment for which it was created. Having seen it free, there was space only for elation. Vulnerable yet vital, this creature gave me a fresh insight into God’s heart – His joy in our freedom, and in our fragile, faltering flight.

More than anything, watching birds is an act of wonder and witness: a glimpse of a future restoration. One morning a hidden Barn Owl swooped out of a tree directly towards me. In the few seconds when it was in my sight, its silence drowned out all the other noises, leaving a still forest filled with hush. I hadn’t been looking out for it or expecting it: it was simply there before me. I cannot plan or predict what birds I will see or when, can’t store them or dig them up like old bones. There is no guarantee that I will see any bird twice. So I must learn to appreciate ‘enough’ in the everyday. It’s not always about looking for something new, but rather about acknowledging what is there: the strong silent presence of a Spirit of peace winging its way in muted colours through a world filled with noise; comfort and awe in the shadow of its wings.

Rachel Grandey, originally from North East England, studied literature, linguistics and anthropology before moving to South East Asia to teach English. She enjoys sea-gazing, bird-watching, tea-drinking and forest-exploring. Her poetry has been published in Vita Poetica, Agape Review, Amethyst Review and Paper Dragon. She is on social media as @RachelGrandey.