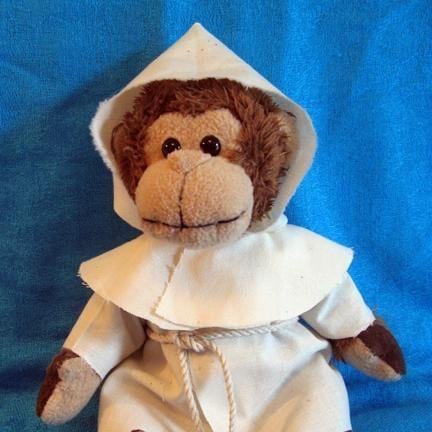 This weeks’ Irish phrase means “you must live with a person to know that person.” I only bring it up because . . . well . . . John’s making me tell more of my own personal story. I don’t normally like talking about myself. I was raised to keep family business quiet and not offer information that wasn’t requested and even then . . .

You see, the two great sins of Irish culture are “Notions” and “Telling.” Notions, or more precisely “having notions” is about not thinking too highly of one’s self. It’s fine to emigrate and make one’s fortune, but being successful here at home . . . it can bring out the jealous side of the Irish. But I don’t suppose that’s a uniquely Irish trait. And we are getting better about self-promotion and self-care and supporting one another here on the Emerald Island. But “telling” . . . Now that’s a sin with some dark history to it. We were an occupied country for hundreds of years and collaborating with the oppressor was strongly discouraged. And so, to this day, talking too much about oneself or one’s family . . . it’s not how I was raised. We’re a private family, so I’ll stick to talking about myself, if you don’t mind.

Some of you already know the basics. I was born (don’t you worry about when; a lady doesn’t reveal her age) in Monks Town in County Roscommon. But my parents (who asked that I not mention them or my siblings by name, because of their fears over identity theft) are both from County Galway. They even told me that I was conceived in Galway, but told me not to ever tell my siblings, so they won’t get jealous. Personally, I think Ma and Dad told all of us kids that and we’re too afraid to talk about and find out part of our origin story is a lie . . . even if it’s based on my parents being proud Tribesmen. (County Galway is known as the county of the Tribesmen on account of the . . . OK, John. I’ll stop stalling and get back to me.)

After school, I travelled around the continent for a few years. (That’s mainland Europe for those of you who are Yanks . . . and yes, John’s informed me that “Yanks” doesn’t originally, technically apply to all Americans . . . but you know who I’m talking about.) I hitchhiked and worked odd jobs (a bit of busking, sweeping up a hair salon, a day labourer for a week or two on a sheep farm during calving season, personal assistant to a midwife for half a day . . . all under the table, so I can’t go into too much detail there). Mainly, I met a lot of cool people and a ton of craic (the fun stories kind, not the illegal drug kind). I’d like to say I learned a lot about myself and life during my travels, but I was young and foolish.

In fact, I only came home because I was on the run from the French police. I was squatting in Paris for about a month, with maybe a dozen different people (mainly from Ireland and Eastern Europe). We got into the habit of daring each other to do silly stuff, for the craic. But that’s not why I did what I did. It was my idea and I can’t blame my friends who risked their own freedom to help me get away. (No, John! I’m not stalling. I’m building dramatic tension. Just keep typing and let me tell it the way I want to tell it.)

Look. I admit that wine was drunk that day. But to be fair, we also had cheese and fresh bread. It was a very civilized, Parisian picnic in the Parc du Champ de Mars in the shadow of the Eiffel Tower. But then . . . I joked about being King Kong and climbing the tower to swat down bi-planes and . . . and then I was climbing the Eiffel Tower. I wouldn’t recommend any of you try it . . . even if you are an agile monkey with a prehensile tail . . . but I did it. I don’t mean to brag, but getting to the top was fairly easy. I didn’t even really think about it. But people had noticed even little old me as I climbed up the outside of the structure. So by the time I got to the observation deck, security was waiting for me.

I panicked and starting climbing down to get away. Now THAT was scary and difficult and the actual police were waiting when I got to the bottom. Thankfully my friends caused a distraction and I made my escape. I’m not proud of it and I have sent a formal, if anonymous letter to the French apologizing. But let’s face it, the French don’t have a sense of humour about this sort of thing.

Long-story-short: I pulled a von Trapp and snuck over the Swiss border and smuggled myself back to Ireland on a small cargo plane. You know . . . a typical European vacation, right?

But as crazy as all that sounds, it led to me meeting John and Christine. I started going by my middle name, Hildegard (to make it more difficult for InterPol to find me), and got a job at a charity shop in Galway City. They happened to have walked past the shop on my birthday, the seventeenth of September (the Feast of St. Hildegard of Bingen). They saw me putting up a window display. They stopped to watch me work. I waved. They waved. I waved them in. They came in and we got to chatting. It turned out that I was ready for a change and they were looking for a helper. (I should have told them about the whole “the French authorities might be looking for me” thing . . . but who hasn’t fibbed a little in a job interview? Best paw forward, my Dad would always say.)

Unfortunately, my lie-of-omission led to more trouble down the line when I went AWOL. Christine and John took me on a trip to the States. While there, one of the lovely Dancing Monks (the lovely and talented Cindy Read) offered to make me a bespoke habit. I was thrilled! John didn’t want to leave me behind for the fittings, but Christine agreed and so he was outvoted. First, Cindy made me a simple white habit. I was concerned about keeping it clean, but it turned out to just be a test run to get John and Christine’s approval before the more formal (and might I add regal) green habit I wear today. ‘Tis a lovely colour and a sturdy material that’s easy to keep clean (I like to climb; I get dirty; this is good).

But then a problem arose. Cindy wasn’t taking me back home to Ireland. I was to be sent to Kayce Stevens Hughlett in Seattle and travel back to Ireland <DRAMATIC MUSIC> via Paris, France!

It wasn’t Cindy or Kayce’s fault. How were they to know that I couldn’t go back to France? I hadn’t even told the Paintners, yet. But if only I had come clean then and told everybody the truth.

Instead, I panicked. I “got lost” on the way to Seattle and “accidentally” missed my flight with Kayce to France. (My loss, believe me.) Needless to say, I had everybody worried. But I finally resurfaced in time to travel back with Sharon Richards.

The official story (for a while, at least), was that UPS lost me and was going to write me off as a loss . . . until Cindy called in some favours with some UPS friends (everybody knows Cindy; she’s class) and got me delivered to Seattle. But . . . that was just more of my embarrassment.

Turns out, I worried everyone for nothing. Christine and John were very understanding about my . . . youthful indiscretion. While reckless and disrespectful, they did see the humour in my Le King Kong impression on the Eiffel Tower. And if I had just been honest from the start, they would have arranged other, non-French transportation back from the States. (We’re pretty sure the French government wants to “talk to me” . . . but that’s a story for another day . . . a long time from now, hopefully.)

I realize that I haven’t divulged a whole lot of details about my past (a girl likes to keep a bit of mystery about herself), but I think this story gives a really good insight into who I am. I’ll always be a bit mischievous, but I’ve also matured and grown as a person. If I’m not careful, I just might become an adult.