Monk in the World: Conversion 2 ~ Scripture Reflection by John Valters Paintner, Your Online Prior 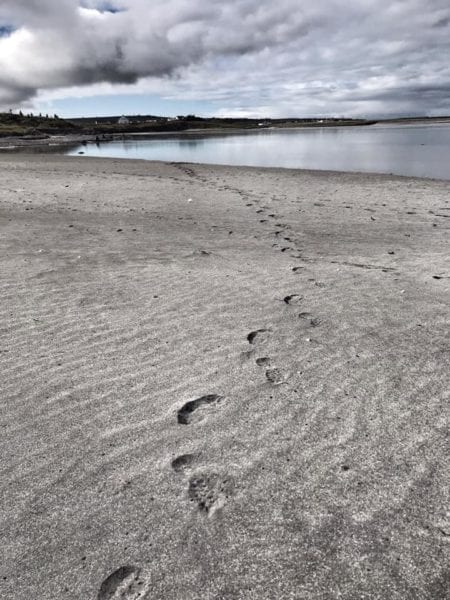 Principle 7. I commit to a lifetime of ongoing conversion and transformation, recognizing that I am always on a journey with both gifts and limitations.

The days are surely coming, says the Lord, when I will make a new covenant with the house of Israel and the house of Judah. It will not be like the covenant that I made with their ancestors when I took them by the hand to bring them out of the land of Egypt—a covenant that they broke, though I was their husband, says the Lord. But this is the covenant that I will make with the house of Israel after those days, says the Lord: I will put my law within them, and I will write it on their hearts; and I will be their God, and they shall be my people. No longer shall they teach one another, or say to each other, ‘Know the Lord’, for they shall all know me, from the least of them to the greatest, says the Lord; for I will forgive their iniquity, and remember their sin no more.

When Moses received the Covenant from Yahweh, the Commandments (at least the first ten, the Decalogue) were etched in stone. Those stone tablets were later put in the Ark of the Covenant. For generations, the nomadic Israelites would carry the Covenant in the Ark with them from place to place. They would even carry it into battle, like a rallying flag. It was an outward sign of their relationship with God.

It was even seen as God’s throne on earth. So, it was reasonable to bring the Ark of the Covenant to Jerusalem when David established it as the capital of the new kingdom. And so it followed, logically, for Solomon to build a Temple around the Ark of the Covenant, If Yahweh had a throne, then a palace was the next step.

But this meant that the visible representation of the Covenant was no longer visible. It was bad enough when the stone tablets were placed in a special, gold-covered box that no one could touch (under penalty of death). Now that box was inside a special room inside the Temple inside a walled compound. There were several layers, barriers between the Chosen People and the Covenant. Only the chief priest could enter the tabernacle to pray directly before the Ark of the Covenant. (So rigid was this restriction that the chief priest had to tie a cord around one of his ankles, because no one would’ve been allowed to go in and help him should he collapse.)

And so as devastating as it was to lose the Ark of the Covenant when the Babylonians destroyed The Temple in 587 BC as part of their conquest of the Promised Land, the prophet Jeremiah is suggesting that it was actually a good thing. No longer is the Covenant an external thing, behind many barriers and reserved for only the special few. Now the Covenant is within each of us. One need not make a special pilgrimage to go visit the Covenant. The Covenant is something you take with you, wherever you go.

It is always sad when something ends. Even if one knows going in that the thing has a predetermined expiration date or that it has run its course and dragging it out would only ruin the experience, it’s difficult to let something go. We can even become so accustomed to something that, knowing it has turned negative or harmful, moving on isn’t easy.

When I felt compelled to leave my teaching position, I was at a loss. Being a teacher was part of my identity. I studied education as an undergrad. I earned a master’s degree in theology and took continuing education classes to better my skills. Was that all a waste now? I was in my forties and it seemed a bit late to be asking what I was going to do with my life.

Just a year or two before that, I had been looking forward to being part of the school’s 100th anniversary in a few years. I saw myself taking on new roles and responsibilities at the school, of retiring from the school having helped make it a better place. Suddenly all that was replaced with the realization that I was an intentionally unemployed, middle-aged man.

But what Jeremiah teaches us is that change, even dramatic change can be good. The lesson I took from all that experience of losing/giving up a steady job, is that sometimes we have to say “no” to something, in order to make room for a new “yes.”

If the old way is no longer working, then find a new way. With the establishment of their kingdom under the House of David, the Israelites thought they had it all figured out. I thought my teaching job would always be there. It took things shifted out from underneath me to realise that I had become stagnate. I needed something new. I needed to be new.

Conversion isn’t a one-time event to be celebrated (and then forgotten). Conversion is a daily activity that takes practice. The bad news is that it takes a lot of work and isn’t always easy, we’ll often fail. The good news is that we get to try again, try better, every day.