Monk in the World: Jennifer Trently

I am delighted to share another beautiful submission to the Monk in the World guest post series from the community. Read on for Jennifer Trently’s reflection on finding and extending hospitality in the midst of death. 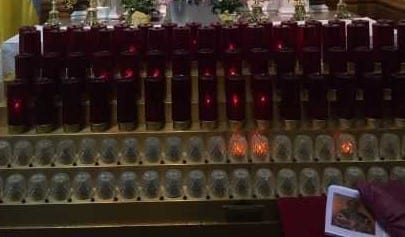 Having committed myself to be a Monk in the World for the past seven years, I have found that at various times, parts of the manifesto are harder to carry out than others.  I like living by the cycle of seasonal liturgical rhythms and for the most part, enjoy a less hurried life. However, as spring began earlier this year and Lent was ending, I found myself being swept into a polar vortex beyond my control.  All of my plans of decompressing from my thesis, journeying through Holy Week and practicing Resurrection turned upside down.

In the Monk Manifesto, the second commitment reads:  “I commit to radical acts of hospitality by welcoming the stranger both without and within. I recognize that when I make space inside my heart for the unclaimed parts of myself, I cultivate compassion and the ability to accept those places in others.”  There is nothing like death to challenge your abilities to offer hospitality and stretch the limits of your compassion.

Receiving a middle of the night phone call that my mother-in-law had died thwarted my husband and me into full-throttled travel mode.  We spent time cancelling and re-arranging appointments. Then we had to make travel arrangements, find a cat sitter, and pack etc. etc.  Even all of those well-laid out plans spoiled when the airlines cancelled our flight due to weather, and we had to drive through the night to PA to make it in time for the funeral.  Driving and stopping to switch drivers, depleted my energy, limiting my ability even to be patient, let alone extend compassion.

Soon after an extremely short rest, my being felt thrust into swirling emotions and swarming people overrode my circuitry. I could barely extend hospitality to the stranger within my own soul.  I called a friend and walked under an umbrella in the rain.  Sadness bubbled up as the house seemed too quiet without all of the TVs blaring and as the cupboards stood empty, I thought of how this ended an era, my visits to 11 Marion Circle the place where I first met my husband’s family would be no more.  Radical acts of hospitality did come from friends and extended family who brought food and listened to us talk about Evelyn.

However, for the other within the part of myself, I did not recognize and could barely muster the energy to extend any kindness to, radical acts of hospitality came from those who had gone before.  The moment I seated myself down in the pew, and the funeral liturgy began, I found myself enveloped by the communion of saints, both those venerated by the church and those who had been gone before in humble, devout service without recognition.  Solace came from the recitation of the Divine Liturgy of St. John of Chrysostom, a liturgy in continuous use since the sixth century.  As I took in the Stained-glass windows and meditated on the icons, when my heart became too full to concentrate on the liturgy, the Saints took over.  The ritual, tradition and experience of those who went before me sustained me. The words, the prayers, the chants and the sacrament combined to fill my senses and give my spirit language for the unspeakable.  I felt united with those who worshipped in this spot over the past 150 years.  I thought about what my in-law’s wedding was like, my husband’s christening and the funeral for my father-in-law all held in that same church. Later as I lit candles for my mother-in-law, for all of our family and several others, I absorbed the light knowing that the Light, the place of God within me did not ever disappear.

The Light, the place of God, upheld me in the waiting and the wondering of what was to come.  Finally, we arrived at the cemetery, the same cemetery where her parents and grandparents occupied graves.  We went into the chapel again to hear the liturgy of old recited and then stood in front of the casket as the priest recited those infamous words, “…from dust you came and to dust you shall return.”

In this combination of the ancient and the modern, my heart created space and claimed the confused, frustrated, grieving and lost parts of myself.  In receiving this gift, I found the ability to care for the others around me and to allow myself to rest knowing that all of us were apart of a larger community, an ongoing continuous community made up of past and present, of living and dead, of the known and unknown. 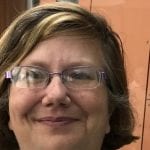 Jennifer Trently recently received an MA in Christian Spirituality from Oblate School of Theology, is a spiritual director and a contemplative artist.  She blogs at livingintomycalling.blogspot.com or visit her website, www.JenniferTrently.org.  Jennifer makes her home in Jackson, TN with her husband and two cats, Saya Ming and Macademina.