During this sabbatical year I have several ancestral pilgrimages planned and we are traveling back now from the first one to Latvia. A few months ago I asked Olga Tomchin of Genealogy Yenta to help me with some research and she found an article online about an oak tree that was planted in 2017 for my great grandfather. It turns out that he was the first Chief Justice of the Latvian Supreme Court when the independent state was formed after World War I and for their centenary celebration they decided to honor his memory in this way.

My father was born in Riga and I knew his fatherline was Latvian. John and I had even visited Riga ten years ago, a beautiful city. But I didn’t know that my great grandfather grew up in the village of Kuldiga, attended law school at Moscow University, and then went on to play such a significant role when Latvia gained freedom for the first time. “The Latvians are looking for you,” Olga wrote in her note to me with the article and sure enough it said that they were seeking descendants of Kristaps Valters. I emailed to see if I could come visit and got a swift enthusiastic reply.

We started our trip by going first to Kuldiga, a really beautiful and charming town with many preserved old wooden homes and a gorgeous park and river with waterfall. There we were driven out to the cemetery where my great grandfather is buried, along with his wife, his brother, his father, and other relatives I have yet to place in the tree. I had never been there before and it was really moving to stand in this place of ancestral remembrance for the first time knowing it had been waiting for me. Just down the road is the ruins of his house, all that is left after a fire is the brick and stone foundation on a wide expanse of farmland. He and his father, and father’s father were all farmers, perhaps even further back than that. I was able to stand within the old structure and imagine their lives, to look out at their vista.

In the center of town is a beautiful park with a series of moving statues by a Latvian artist. There is also a young oak tree, planted less than two years ago, along with a stone from my great grandfather’s house carved with his name into it. Again I was really moved by this potent symbol of his memory and how his contributions continue to flourish.

We then went on to Riga where we were invited to the Supreme Court building and were greeted by the current Chief Justice who was gracious enough to take a few minutes to welcome us, offer gratitude for the memory of my great grandfather, and gift us with some mementos. Rasma Zvejniece (along with translation provided by Iveta Jaudzema who had helped us organize everything) was my original contact and she went through a binder full of research she had done on Kristaps Valters’ life, and said how glad she was to finally make a connection to his family. She showed us around the building, we went into the courtroom and I got to sit for a few minutes in the current Chief Justice’s chair, and we saw their museum where my great grandfather’s memory is perpetuated. I also brought some family photos of him I was grateful to find in my collection to donate for their use.

It has been a powerful week. My father and grandfather fled Latvia in 1944 and they never returned because of Soviet occupation. My great grandfather died later that year after returning to his childhood home of Kuldiga. Growing up my father always identified more strongly with his mother’s Austrian side and we visited Vienna often. After that initial finding of the article, I worked with another researcher in Latvia who helped me uncover names and dates for the previous two generations than what I had already known.

There are lots of layers for me still to uncover, much to ponder. I feel like a door has opened within me to this whole Latvian lineage, an invitation from the ancestors to come to know their gifts for me.

I have been doing this ancestral work for many years now and even when I think there is nothing new left to discover, this whole vein of riches is opened. I am sure I will be back to Latvia again soon.

The day after visiting the court an article was published about our trip to the Riga Supreme Court. It is written in Latvian but there are a couple of photos included. This is the original article we found about the oak tree planting (in English). 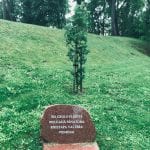 Oak tree planted in Kuldiga in memory of my great grandfather 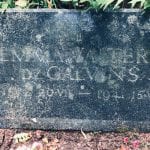 Grave of my great grandmother 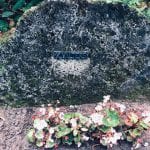 Grave of my great grandfather 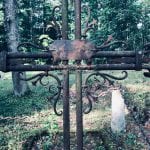 Grave of my great great grandfather 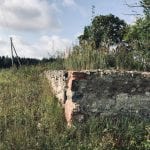 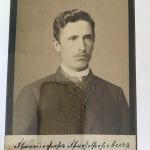 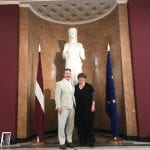 Standing in front of Lady Justice 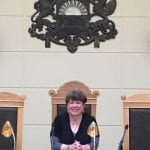 Sitting in the chair of the Chief Justice 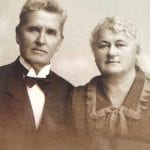 Photo of Kristaps and Emma Valters, my great grandfather and great grandmother

In further stories from my Latvian ancestral adventures, I've had two amazing synchronicities happen. Synchronicity is often the way Spirit tells you that you are on the right trail and the ancestors are paying attention!

After returning from Latvia, I was sent scans of all the articles they had on my great grandfather including one about his friendship with a very well known Latvian artist named Janis Rozenthal. All of the articles are written in Latvian so I asked my genealogy researcher to recommend a translator who I got in touch with and sent on the articles. She wrote to me excitedly because it turns out the artist who was such good friends with my great grandfather, is actually her great grandfather! She told me that the art work featured in the article hangs over her desk.

Also while we were being given a tour of the Supreme Court building in Riga, one of the lovely women hosting us pointed out the statue of Lady Justice, and mentioned her connection to the goddess Laima who is known for determining people's fates in life. My ears perked up at hearing about her as I am very interested in old mythologies and religious worldviews of other cultures (professional hazard). When I got home I searched online for more information about Laima and it turns out she is intimately connected with the cuckoo bird. A couple of years ago I had a profound (to me) encounter with a cuckoo bird at my father's grave in Vienna which continues to reveal new layers to me. And now I'm sensing there is even more insight into this encounter being offered as gift from my Latvian heritage.

The color painting below is Arcadia by Latvian artist Janis Rozenthal.

The black and white art below is of Laima with the cuckoo bird and linden tree (also quite significant in Latvian mythology) by artist Alexi Francis. 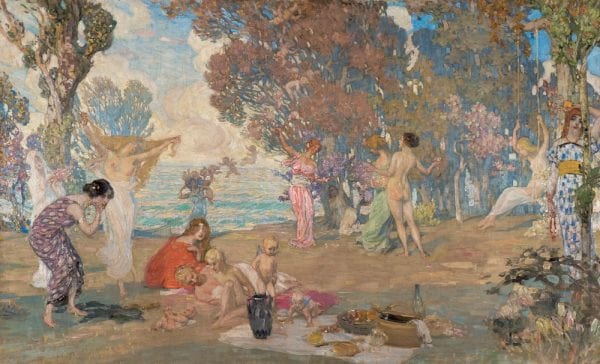 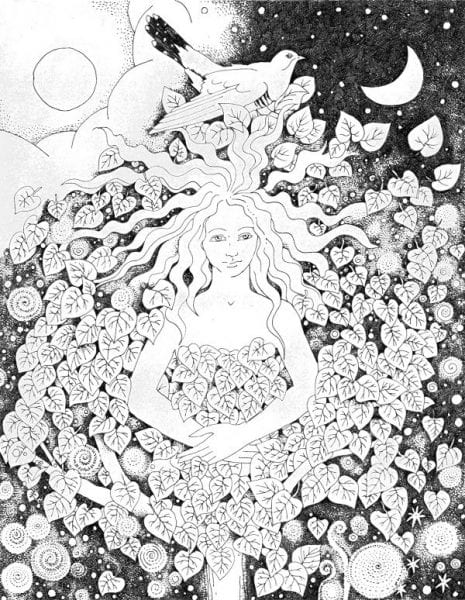 The Spiral Way:
Celtic Spirituality and the Creative Imagination


Journey with the Desert Mothers and Fathers
Retreat for Lent 2021