I am delighted to share another beautiful submission from one our newest Wisdom Council members. Read on for Michael Moore’s “Reflections on the Contemplative Life.” 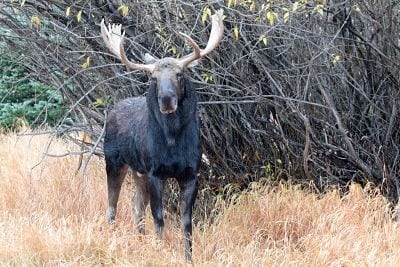 What is Contemplative Life? When I first became aware of the term, I associated it with Monks and Nuns in Monasteries and Convents who lived in relative isolation from the outside world. To be honest, I didn’t really see how it could apply to me during my 21 years as a US Air Force Chaplain. That understanding began to turn during the last three years I was in the Air Force. I found myself going through a divorce and a crisis of faith. I was also becoming increasingly disillusioned with the Chaplain Corps and was trying to discern what was next. As I faced retirement and the next step (going back into the church as a pastor) I found myself spending time on the Gulf listening to the waves crashing ashore. During that time, living alone, I had plenty of time in the silence. However, at that point in my life, silence was threatening because in that silence I had to face myself and all my fears and failures. Over time and with healing, silence became less of a threat and more of a comfort to me. Photography slowly became a method of contemplation in this journey of life.

I received my first camera when I was twelve years old. It was a hand-me-down from my Mom. Over the years I took hundreds of pictures, but it was only to document the “where I have been and what we have seen” moments. As I faced the changes and challenges before me, I began to see photography as something more than just compiling pictures. This was an incredibly slow process for me as I allowed my perspective to change. It wasn’t until I took a course on Thomas Merton and sat with some of his pictures in the Chapel during worship that I began to see how the Contemplative life could be expressed in a way that was familiar to me. Thanks to Thomas Merton and our own dear Abbess Christine, photography is becoming a lens for receiving what God offers and an opportunity to simply Be Still.

Life rushes on for so many people today. My wife Denise and I love to go hiking in our backyard, the Rocky Mountain National Park in Estes Park, Colorado. On the trails and roadways, we see so many people rushing by us to check some item off their list before scurrying off frantically to capture their next moment. Last Fall, we were intentionally hiking off the main trail and simply breathing in the atmosphere and stillness of the moment. As we walked, we were both taking pictures and simply receiving what God had for us in those moments. Out of the corner of my eye, I spotted antlers in the brush. We were in the presence of a mature Bull Moose who was taking a siesta underneath a tree. From a safe distance we spent the next 45 minutes communing with our new friend. He knew we were there as we acknowledged him, but the calm of the moment invited the three of us to simply Be Still. As he rose to leave, he looked at us and stood still so we could receive some wonderful images with our cameras. If we had been rushing through the park as so many of our visitors do, we would have missed out on this sacred moment.

The idea of the contemplative life has been transformed from my initial thoughts years ago that I related at the beginning of this blog. That is part of the beauty of the invitation offered by Abbess Christine and the Abbey of the Arts community. Being invited to become Monks in the World is an invitation to slow down amid the frantic hurry and scurry of life today. It is an invitation to simply Be Still in the moment and breathe in what the Spirit is offering us. It is an opportunity to see and experience life in a different way.

After two funerals on a recent Friday and Saturday and worship and a meeting after worship, even though I was exhausted, Denise and I went into the Park with our cameras. Our godson and his girlfriend were visiting and so we wanted to help them enjoy Rocky. As cars whizzed by us, we drove slowly and intentionally until we received the gift of a moment with another Bull Elk who was busy resting and re-growing his antlers. We received, in that moment, a treasured gift. This is a lifelong learning process for me as it is for each one of us. In the midst of more Hospice visits and meetings at church, I need to remind myself again and again to slow down for a moment. In that moment, to take a sacred pause and simply Be Still. That, dear reader, is the gift of the contemplative living! 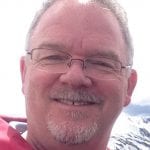 Michael Moore is a retired USAF Chaplain and pastor in the Presbyterian Church (USA) who currently lives in Estes Park, Colorado with his wife and partner in life and ministry, Denise. His undergraduate degree is in Business Administration (University of Wisconsin at Eau Claire) and he earned his Master of Divinity degree from United Theological Seminary of the Twin Cities (Saint Paul, MN). He served two small yoked Presbyterian Churches in rural Fergus Falls, MN for three years before going on Active Duty with the USAF for 21 years. Following his retirement, he served a church in Florida for four years before going to his current call in Estes Park in 2015. He has a Certificate in Christian Spiritual Formation from Columbia Presbyterian Theological Seminary in Decatur, GA. A writer and photographer, you can find him blogging at ScotsIrishPadre.blog or at GodSpaceLight.com as a member of that community.