For the last several months, we have been embarking on an exciting creative project and collaboration.  It started with choosing 12 dancing monks to be a part of the original Dancing Monk Icon series painted by Marcy Hall.  These icons were meant to depict some beloved monks and mystics in a joyful and colorful way, reminding us of our call to dance through this life. I have been following with a series of poems I am slowly writing about each of these wondrous figures, choosing moments in their stories to illuminate.

Then we had the inspiration to feature a dancing monk for each week of our Advent/Christmas and Epiphany/New Year’s online retreats. In conversation with my beloved teaching partner Betsey Beckman, we started to dream of having a song composed for each one as well, which Betsey would create gesture prayers and dances to accompany them.

So we enlisted the help of some musicians we love, including David and Laura Ash. One of the great joys of the Abbey is collaborating with other artists to create resources that support the life of this community.

I asked David if he might reflect on the process of creating the three songs he and Laura were responsible for, as an insight into the creative process.

If you would like to join us for these online retreats you can find the registration info here:

Read on for David Ash’s reflection:

How do you write songs about people you don’t know?  It’s a lot like writing a book report: read, organize, and polish.  But sometimes it’s also like creating an ad campaign: remember what you want the listener to do and don’t forget your target market.

Christine asked my wife Laura and I to compose songs for her latest retreat project with Betsey Beckman.  The songs would be used for movement and meditation during the retreat.  Each song would speak to a particular patron saint of the Abbey.  Our task was to write songs about the biblical King David, St. Brigid of Kildare (Ireland), and U.S. activist and journalist Dorothy Day.

The “ad campaign” part seemed pretty basic.  Songs that had already been selected by other composers sometimes had ostinato refrains and were of a consistent rhythm.  And as the Abbey is committed to inclusivity and mutuality, an avoidance of patriarchic vocabulary is expected.

On to the research!  My songs, with a few exceptions, are logogenic: I start with the words and come up with a melody afterwards.  Laura is more melogenic than I am, but she still usually starts with lyrics too.

To craft those, we went to the source material.  David’s life is written about extensively in 1 and 2 Samuel, and I also looked up all the Biblical references to dancing.  Dorothy Day has any number of quotes to select from her articles and speeches.

The challenge was St. Brigid.  If she wrote anything (assuming she could even write), nothing survives.  Scholarly works about her are filled with contradictions, leading some to doubt whether she existed at all.  Laura instead came up with a list of consistent attributions.

These phrases and images became the basis for her song.

Then comes selection and organization.  You can’t sum up a life in one song, and that wasn’t our assignment anyway.  We chose some aspect of their lives that was appropriate to the project.  After the text was ready, what style of music should we use?  Laura wanted a Celtic feel and modality for Brigid.  I wanted an energetic round for David’s dance.  Dorothy Day’s song took a while.  My first thought was a march in the style of “The Internationale,” but Laura suggested a gospel music feel that might sound like a labor chorus was singing it, and that’s what we went with.  Once we had chosen our rhythms, the melodies and harmonies followed.

Then comes my least favorite but most necessary part: editing.  Betsey and Christine acted as editors.  My title and oft-repeated refrain phrase “I Danced before the Lord” struck a nerve (oops, patriarchy), so it got changed to “I Danced for Adonai.”  It also went from a major key to minor and got faster as it went along (think “Hava Nagila”).

Statements in the Brigid song became questions to make it more about longing for answers and assurance than having them.  And sometimes, the songwriter can get buried too deeply in the source material.  This happened to me with the third verse of “Revolution of the Heart.”  My original lyrics were:

of the worthy and unworthy we employ.

This was based on Dorothy Day’s own words:

Day was writing about how the rich and powerful divide the poor into “unworthy” and “worthy” and hold up the one as reason to not help the other, a classic divide-and-conquer strategy.  I knew the context.  But the context was missing in the song!  Betsey suggested an alternative:

and the dignity of workers we employ.

Even in the studio, we tinkered.  A phrase that looked great on paper turned out to be too tricky to sing.  Oops, what are we doing for an introduction here?  Maybe a little faster would be better.  Our recording engineer, Jakael Tristam, did a masterful job of keeping us on schedule while making suggestions for improvement.

Even after these songs are printed and recorded, change will happen, just as it happens in hymns and pop songs.  What that will be, I cannot guess.  But if these songs become part of you, you will be part of the change. 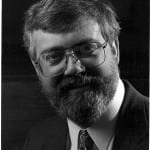 David Ash received an AB in English Literature from Georgetown University and a MA in Liturgical Music with an emphasis in Music Composition from Santa Clara University.

David was a Music and/or Liturgy Director for several parishes in the Seattle Archdiocese over a span of 17 years before serving Grace Lutheran for three years, first as an accompanist and now as Music Director.  He has composed, along with his wife Laura, three albums of liturgical music, a 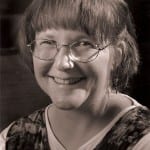 series of music for Advent Lessons and Carols, and many other liturgical songs and psalms.  They also have composed songs published with Oregon Catholic Press and music for many dances of Betsey Beckman’s, including her The Dancing Word series.

Haiku for Catholics is one of a dozen gift books of humorous gift books that David has published.

Blessing on the feast of Francis of Assisi

Blessings on this feast of Francis of Assisi! In 2019, John and I had the joy of traveling to Assisi on pilgrimage to walk in Francis’ landscape. It was such a gift to connect more deeply to this amazing human being and his sister-in-spirit Clare.

Dearest monks, artists, and pilgrims, Some of you who have been following my work for many years know that honoring my ancestors and engaging in healing has been a central part of my spiritual practice. I recently completed the manuscript for a book that will

Teresa of Avila and Deepening Intimacy with the Divine

The Wisdom of the Body

Blessing on the feast of Francis of Assisi