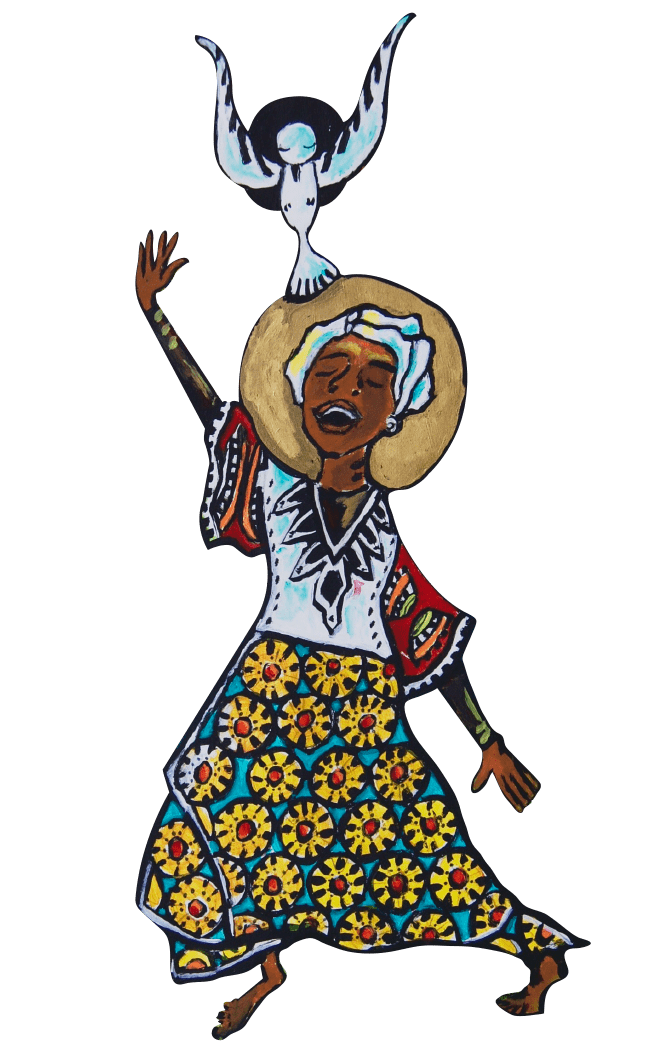 In the midst of our hectic, overscheduled lives, caring for the soul is imperative. Now, more than ever, we need to pause?intentionally?and encounter the Divine. Soul care director Barbara Peacock illustrates a journey of prayer, spiritual direction, and soul care from an African American perspective. She reflects on how these disciplines are woven into the African American culture and lived out in the rich heritage of its faith community. Using examples of ten significant men and women?Frederick Douglass, Martin Luther King Jr., Rosa Parks, Darrell Griffin, Renita Weems, Harold Carter, Jessica Ingram, Coretta Scott King, James Washington, and Howard Thurman?Barbara offers us the opportunity to engage in practices of soul care as we learn from these spiritual leaders. If you’ve yearned for a more culturally authentic experience of spiritual transformation in your life and community, this book will help you grow in new yet timeless ways. Come to the river to draw deeply for your soul’s refreshment.

Native is about identity, soul-searching, and the never-ending journey of finding ourselves and finding God. As both a citizen of the Potawatomi Nation and a Christian, Kaitlin Curtice offers a unique perspective on these topics. In this book, she shows how reconnecting with her Potawatomi identity both informs and challenges her faith.

Curtice draws on her personal journey, poetry, imagery, and stories of the Potawatomi people to address themes at the forefront of today’s discussions of faith and culture in a positive and constructive way. She encourages us to embrace our own origins and to share and listen to each other’s stories so we can build a more inclusive and diverse future. Each of our stories matters for the church to be truly whole. As Curtice shares what it means to experience her faith through the lens of her Indigenous heritage, she reveals that a vibrant spirituality has its origins in identity, belonging, and a sense of place.

by Barbara A. Holmes

Joy Unspeakable focuses on the aspects of the Black church that point beyond particular congregational gatherings toward a mystical and communal spirituality not within the exclusive domain of any denomination. This mystical aspect of the black church is deeply implicated in the well-being of African American people but is not the focus of their intentional reflection. Moreover, its traditions are deeply ensconced within the historical memory of the wider society and can be found in Coltrane’s riffs, Malcolm’s exhortations, the social activism of the Black Lives Matter Movement and the presidency of Barack Hussein Obama. The research in this book-through oral histories, church records, and written accounts–details not only ways in which contemplative experience is built into African American collective worship but also the legacy of African monasticism, a history of spiritual exemplars, and unique meditative worship practices. A groundbreaking work in its original edition, Joy Unspeakable now appears in a new, revised edition to address the effects of this contemplative tradition on activism and politics and to speak to a new generation of readers and scholars.

I’m Still Here: Black Dignity in a World Made for Whiteness

Austin Channing Brown’s first encounter with a racialized America came at age seven, when she discovered her parents named her Austin to deceive future employers into thinking she was a white man. Growing up in majority-white schools and churches, Austin writes, “I had to learn what it means to love blackness,” a journey that led to a lifetime spent navigating America’s racial divide as a writer, speaker, and expert helping organizations practice genuine inclusion.

In a time when nearly every institution (schools, churches, universities, businesses) claims to value diversity in its mission statement, Austin writes in breathtaking detail about her journey to self-worth and the pitfalls that kill our attempts at racial justice. Her stories bear witness to the complexity of America’s social fabric—from Black Cleveland neighborhoods to private schools in the middle-class suburbs, from prison walls to the boardrooms at majority-white organizations.

For readers who have engaged with America’s legacy on race through the writing of Ta-Nehisi Coates and Michael Eric Dyson, I’m Still Here is an illuminating look at how white, middle-class, Evangelicalism has participated in an era of rising racial hostility, inviting the reader to confront apathy, recognize God’s ongoing work in the world, and discover how blackness—if we let it—can save us all.

Meditations of the Heart

Meditations of the Heart is a beautiful collection of meditations and prayers by one of our greatest spiritual leaders. Howard Thurman, the great spiritualist and mystic, was renowned for the quiet beauty of his reflections on humanity and our relationship with God. This collection of fifty-four of his most well-known meditations features his thoughts on prayer, community, and the joys and rituals of life. Within this collection are words that sustain, elevate, and inspire. Thurman addresses those moments of trial and uncertainty and offers a message of hope and endurance for people of all faiths.

Is self-care different from being selfish or self-indulgent? Is it the same as caring for your soul? And what does self-care look like in light of following Jesus, who called his followers to deny themselves?

In Four Gifts, pastor and author April Yamasaki addresses these and other questions about self-care. Drawing on the ancient scriptural command to love God with our heart, soul, mind, and strength, Yamasaki helps readers think about the spiritual dimensions of attending to your own needs, setting priorities, and finding true rest in a fast-paced world. She weaves together personal stories, biblical and theological insights, questions for reflection, and practical ideas for self-care. Four Gifts helps readers sustain their spirits and balance competing demands. Feeling overwhelmed by the pace and stress of daily life? Find respite from superficial definitions of self-care and move toward deeper engagement with God.

Servant of God Nicholas Black Elk (1863–1950) is popularly celebrated for his fascinating spiritual life. How could one man, one deeply spiritual man, serve as both a traditional Oglala Lakota medicine man and a Roman Catholic catechist and mystic? How did these two spiritual and cultural identities enrich his prayer life? How did his commitment to God, understood through his Lakota and Catholic communities, shape his understanding of how to be in the world?

To fully understand the depth of Black Elk’s life-long spiritual quest requires a deep appreciation of his life story. He witnessed devastation on the battlefields of Little Bighorn and the Massacre at Wounded Knee, but also extravagance while performing for Queen Victoria as a member of “Buffalo Bill” Cody’s Wild West Show. Widowed by his first wife, he remarried and raised eight children. Black Elk’s spiritual visions granted him wisdom and healing insight beginning in his childhood, but he grew progressively physically blind in his adult years. These stories, and countless more, offer insight into this extraordinary man whose cause for canonization is now underway at the Vatican.

These essays speak of how we have incorporated our contemplative practices into our family life; our urban, non-religious background; how we have been nurtured in struggles for health and life through our contemplative prayer practices and our courage to survive and even thrive in the midst of dire circumstances. We speak of the unfolding bridge between faith and culture; our conflicts with an Interspiritual journey with a Christian foundation; our sexuality; our journey to healing and authenticity; and how we are taking this practice that began in the
first centuries of the church with the desert mothers and fathers to the present and into the future with spiritual direction through the Internet across the world.

God Alone is Enough: A Spirited Journey with Teresa of Avila

No one can teach a Christian to pray, like Teresa can. This lively little book introduces postmodern readers to one of Christianity’s most endearing prayer warriors, and guides them through her most radical teachings. Here, Teresa of Avila is not a lofty, inaccessible saint; she’s a companion, taking readers on a rollicking journey through their own interior castles. The secrets of Teresa’s intimate devotional life are revealed, and readers learn practical ways to abandon complicated contemplative prayer techniques, and simply “enjoy” God. This journey through the life and writings of Teresa of Avila will engage Christians who would have never before considered encountering a post-Reformation Catholic nun. Mair Burney makes Teresa accessible-and essential-for understanding what it means to come to know God, and how it’s possible.

“This is the kind of book that a serious Christian has to thank God for. It only illuminates and opens St. Teresa of Avila in a profound and intimate way. I cannot recommend this book too highly or, I suspect, even adequately. Read it and you will see what I mean.” -Phyllis Tickle, author of The Divine Hours