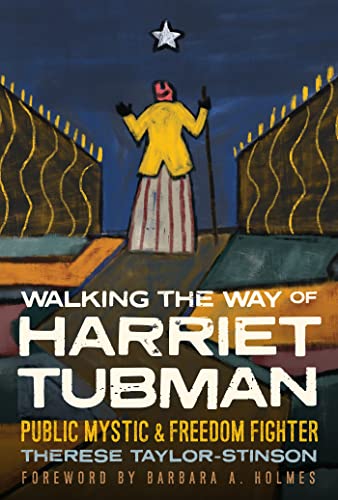 Harriet Tubman, freedom fighter and leader in the Underground Railroad, is one of the most significant figures in US history. Her courage and determination in bringing enslaved people to freedom have established her as an icon of the abolitionist movement. But behind the history of the heroine called “Moses” was a woman of deep faith.

In Walking the Way of Harriet Tubman, Therese Taylor-Stinson introduces Harriet, a woman born into slavery whose unwavering faith in God and practices in prayer and contemplation carried her through insufferable abuse and hardship. Her deep spirituality rooted in mysticism, Christianity, and African indigenous beliefs sustained her escape from slavery and led her to an internal liberation, giving her the strength and purpose to lead others on the road to freedom.

Harriet’s lived spirituality illuminates a profound path forward for those of us in the fight for justice and equity–a freedom which Black, Indigenous, Latinx, and people of color must cultivate to be fully who we are called to be for ourselves and our communities. As the luminous significance of Harriet Tubman’s spiritual life is revealed, so too is the path to our own spiritual truth, advocacy, and racial justice as we follow in her footsteps–for Black lives and all people of color.