I am delighted to share another beautiful submission to the Monk in the World guest post series from the community. Read on for Katharine Weinmann’s reflection “Holy Alchemy”

“Praying. It doesn’t have to be the blue iris,
it could be weeds in a vacant lot, or a few small stones;
just pay attention, then patch a few words together
and don’t try to make them elaborate…”

~ excerpted from Prayer in Thirst by Mary Oliver 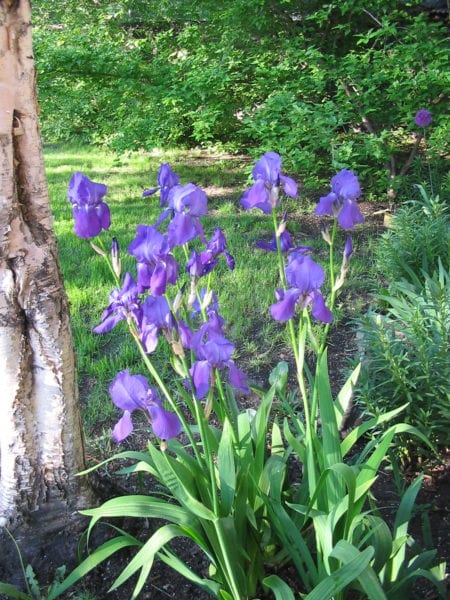 Too, when I sit in the still and quiet morning before sunrise – which comes earlier now – and look out onto the trees, still bare-limbed, but soon full of bursting buds and blossoms. Or when I’m beside Annie on “her” sofa, my hand resting on her head, her front paw resting on my arm. Those count too, I think.

I’ve written about more consciously living my life as prayer since the pandemic, one of its unforeseen gifts. Though when I wrote about getting lost during the medicine walk I took last summer – how I’d managed to manifest into the 3D physical, my interior lostness – I felt shy to admit I’d prayed as I’d been taught, it being part of the preparation for the medicine walk and fasting quest I took the year before. That to offer thanks, to ask for guidance and protection – even as simple as an Anne Lamott “thank you, help me” kind of prayer – at the threshold between one’s urban, more mundane life and the wilder, nature bound, sacred space beyond, brings intention into consciousness and evokes the power of mystery. Too, I chanted on the trail for hundreds of steps, the Buddhist mantra “om mani padme hum,” to keep myself company, and let anyone out there – hidden in the woods – know I was around. My vocal version of a bear bell.

Truth be told, I absolutely believe those prayers helped me get found, safe and sound. Helped me avoid any wildlife encounters beyond bird song, dragonflies, and scat. Like when I realized I’d lost the diamond stud earring, a cherished gift from my husband, and prayed for its return. 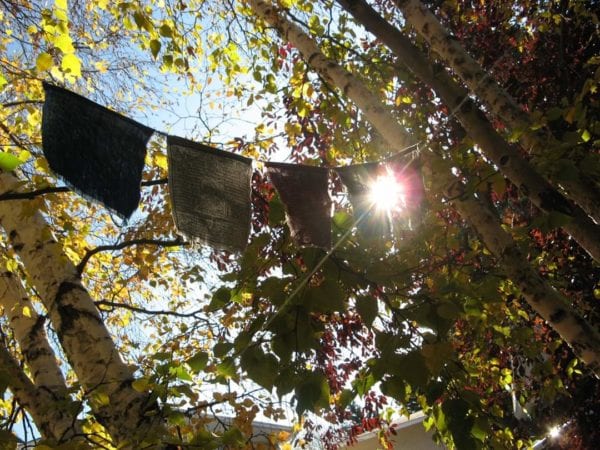 Three days had passed before I realized the stud wasn’t in my ear lobe. After retracing all my steps and stops, I took a chance to revisit the gym where I’d played pickleball, where earlier when I’d called to ask if it had been found, I’d been told no as they’d taken down the nets, swept the floors, and installed inflatables for children to play during spring break. Undismayed, I walked, head bent, tracing the room’s periphery, disobeying the “stay away” sign where the inflatable was plugged in. There it was, glittering on the floor, inches away from the socket. How it had not been spotted by anyone plugging in and pulling out that cord for several days, was my answered prayer. Admittedly trivial in the scheme of things, with so much going from bad to worse every day, especially this past year, but for me a vivid, visceral reminder.

When I sheepishly shared my “lost on the Lost Lake Trail medicine walk story” with friends who had served as my quest guides, they said that what shone through was my recognition of prayer and its power. That yes, I had been held safe by an ancient benevolent wisdom found in nature. That I had remembered David Wagoner’s poem telling me to stand still in the forest when I was lost. That I had a cellphone and service. That I had taken the map with emergency contact numbers. That the warden was back from vacation that very day. That she was in that provincial park, given her area of responsibility is all the public spaces spanning hundreds of kilometres to the west. That I hadn’t been stalked by the coyotes that had stalked another woman and her dogs on the same trail that same day, causing the warden’s delay in fetching me while she “rescued” them. That the gunshots I heard fired by hunters were safely beyond. That the sun shone and the breeze blew comfortably. That I had water, food, and time. Yes, I had prepared, and yes, I had been heard.

In that same conversation, we talked about their country with its upcoming presidential election, the pandemic impacts of COVID-19 and racism, about the forest fires burning in three states, leaving death and destruction, orange skies and zero visibility in their wake. I shared feeling the tension of wanting to do something to help, and not knowing what. The next day, I emailed them:

… I realized I have felt “spellbound” by thinking I must do something, and not knowing what TO DO. But I then remembered, I do know how to pray…You wrote to me once with the gift of invocation that I recognize with increasing vividness that I know what I know, that find myself less and less inclined to self-doubt, meekness and hesitation.”

In her blog and podcast, A Wabi Sabi Life, Katharine Weinmann, MSW shares the beauty in her imperfect, sometimes broken, mostly well-lived and loved life, reminding herself and inviting others to appreciate and allow life to unfold in all its mess and glory, with all its grit and grace.