Greetings to the Abbey of the Arts community!

My name is John Valters Paintner. I am blessed to be married to your online Abbess, Christine. And I am honored to join her as your online Prior. 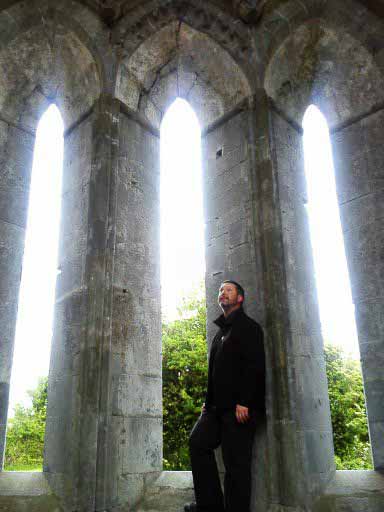 I was born on the feast day of John the Baptist to John and Helen Paintner. I was baptized Roman Catholic shortly later on the Fourth of July. I am the oldest male child, with two loving older sisters. The family joke is that I did not learn to speak until I entered Kindergarten, as up until then they always spoke for me. My first complete sentence was, “Yeah, what they said.”

My mother spent much of her childhood in a Benedictine boarding school. She wanted to go there because she had been interested in becoming a nun from a young age. Because of the massive changes happening in the Church at the time of the Second Vatican Council, my mother was allowed to take temporary vows. For a variety of reasons, she decided to leave the order and start a family. I think a part of her never left “the Big House,” as her young siblings would call the convent.

A short time later, she met my father at the church in which Christine and I would marry. (Our reception was in the very hall where my parents first met.) My father had been a member of the Knights of Columbus for a short while, but left it to join the 3rd Order of Franciscans with my mother.

Not only did I grow up half a block down from our parish church, but I attended the parochial school from Kindergarten until the 8th Grade. I was an altar-boy and would often serve at the Sunday morning mass where my mother was the cantor and my father was a regular Eucharistic minister. I often felt a bit sad for my sisters were born just a little too early to be allowed to be acolytes. Even back then it didn’t seem right that they were “stuck” in the pew while the rest of the family had more active roles in the liturgy. 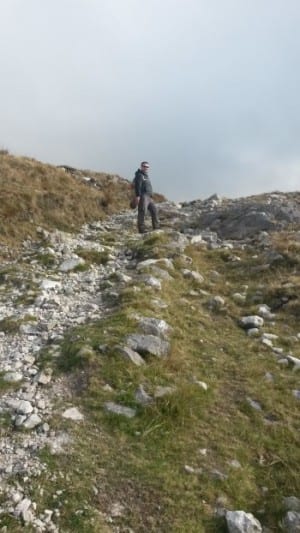 I attended an all-boys Catholic high school in the area and became very active in the parish youth ministry program. A significant moment in my spiritual development came on a pilgrimage to Poland for the World Youth Day. My main motivation for attending the trip was a chance to go to Europe with my friends and much of the trip was a blur of activity. But I remember clearly the concluding Mass when Pope John Paul II challenged all the youth present to not to be afraid to be holy. I returned from the pilgrimage fired up and ready to be holy. I just didn’t quit know how to do that yet. The quest to learn what it means to be holy led me to an interfaith Bible sharing group and eventually the Newman Center, where Christine and I met 21 years ago. I’m still discovering what being holy is all about, but the blessings of the journey continue to multiply.

When I began college I really didn’t know what career I wanted to pursue. I eventually found myself called into teaching. I earned a BA in multiple-subject education and a post-graduate teaching certificate. But after student-teaching, I knew that spending all day in a room with small children was not for me. I tried the business world, but that was even less my calling. I was fortunate to be asked to serve as the youth minister at a Catholic parish in a small California town. When Christine was accepted into the doctoral program at the GTU in Berkeley, we moved to the Bay Area. I took a position at another Catholic parish as a pastoral associate. When we left pricey San Francisco for more affordable Berkeley, I went back to the classroom teaching religion at a Catholic high school in Oakland. I was able to finish my Masters in Theological Studies part-time while Christine completed her doctorate.

During a family reunion in the Pacific Northwest, Christine and I found ourselves called to Seattle. Providence was in our favor. I obtained a teaching position at a Catholic high school and we moved into a cozy condominium in a great Seattle neighborhood. The real blessing of the job was the course I taught: Old Testament. In order to be a better teacher, I delved and studied the Hebrew Scriptures. Despite all the ups and downs of teaching at an all-boys Catholic high school, that course kept me coming back year after year. When the U.S. Conference of Catholic Bishops decided to standardize the religion departments in all the Catholic high schools in the country, they opted for a curriculum they referred to as “All Jesus, All the Time.” I disagreed with this program on educational and theological terms, but did not even have a say in choosing course books . . . I knew it was time for a change.

The change came in the form of Christine’s Austrian passport. We sold our home and most of our belongings and we headed east for a grand adventure. While it may seem that we’ve backtracked a bit to Ireland, we are moving forward in life and in ministry as I join the Abbey of the Arts.

Give Me a Word ~ A Love Note from Your Online Abbess

Monk in the World Moving with Mystery DVD Now Available